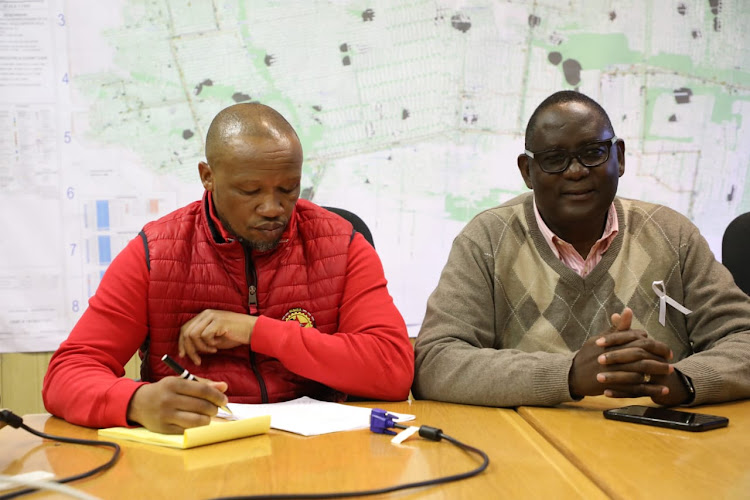 Union bosses and the lawyers representing Lanxess chrome mine management are locked in a closed meeting with some of the affected miners. These are some of the 50 workers who were earlier dismissed.

Before the start of the meeting, Jim said the purpose of the visit was to consult with union members, including those who are staging a sit-in underground.

"The consultation is about what we regard as progress which can only be a progress if our members endorse it. As you would know, we are a union mandatory-driven by members and not the other way around," Jim said.

He said they were worried about the safety of their members whose lives are at risk underground.

"We are now in a position to go to members and recommend that we think we should settle. However, we will only be in a position to do that once our members have given us a mandate. If we secure a mandate, we hope to bring an end to this terrible situation."

Earlier Mapule Montego, speaking on behalf of the workers underground, said they were happy with the offer that was put on the table.

Boss followed me into mine for sex

Katlego Mogwera has been diagnosed with depression ever since she was allegedly sexually harassed by a mine captain at LanXess chrome mine in ...
News
2 years ago
Next Article