Man convicted of Sadia Sukhraj's death to be sentenced on Wednesday 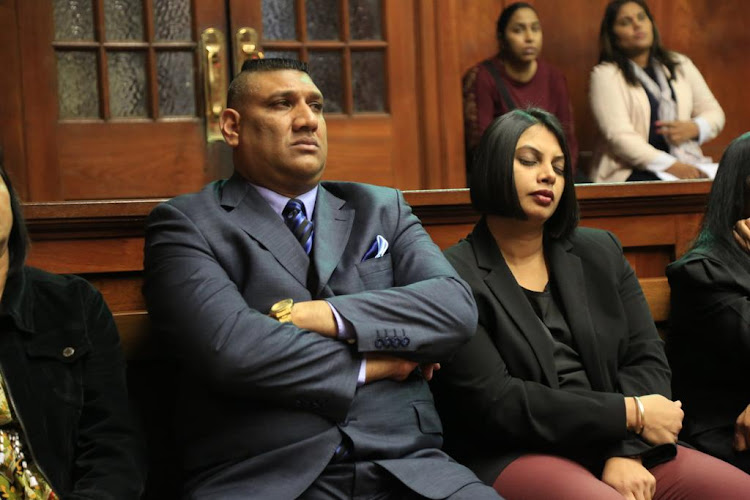 Shailendra and Lorraine Sukhraj, parents of nine-year old Sadia, will learn the fate of the man accused of their daughter's death this week.
Image: Jackie Clausen

Nine-year-old Sadia Sukhraj must have been terrified when two armed men jumped into her parent's car and drove off with her.

"She died a cruel death from two gunshot wounds," said state advocate Kelvin Singh on Tuesday, arguing that the man convicted of her murder, Sibonelo Mkhize, must be given the maximum sentence of life imprisonment.

Mkhize was convicted on Monday by Durban High Court judge Esther Steyn of aggravated robbery for the hijacking and the murders of Sadia and his accomplice, Siyabonga Bulose.

The murder convictions were based on the doctrine of common purpose, because it was common cause that Sadia’s father, Shailendra Sukhraj, fired the fatal shots in an attempt to stop the car and save his daughter.

The man found guilty of the murder of Durban schoolgirl Sadia Sukhraj faces the prospect of life behind bars.
News
3 years ago

Mhkize’s advocate, Sizwe Masondo, argued that this finding constituted substantial and compelling circumstances to allow judge Steyn to deviate from the minimum sentence of life imprisonment.

But Singh argued that he should not get any benefit from this.

Referring to a previous conviction for “receiving a stolen car”, for which he received an effective five-year prison sentence, Singh said he had obviously not learnt his lesson.

"He has actually graduated now to committing the worst crime in our statute books. He may not have pulled the trigger, but his accomplice had four cases of hijacking pending against him - and you are the company you keep," said Singh.

"It was a predetermined plan. They went there armed, entered a private property and in the process of fleeing with the car [with Sadia in the back seat], Mhkize smashed into two gates, a car and a truck. When he finally stopped, he showed no regard for his accomplice, who was bleeding next to him. Instead he grabbed the handbag which was in the car and fled on foot."

Singh said Mkhize was "incapable of being rehabilitated and should never be set free".

He added that the Sukhraj family’s pain was "totally heartbreaking".

Mkhize, who is 29 and a father of four, still denies that he committed the offences and has shown no remorse.

His sentence will be handed down on Wednesday.

The raw heartbreak of Chatsworth mother Lorraine Sukhraj, whose nine-year old daughter Sadia was killed in May 2018, was felt in the Durban high ...
News
3 years ago

The defence in the Sadia Sukhraj murder trial say their first witness‚ a policeman‚ will give vital information that will help murder accused ...
News
3 years ago
Next Article