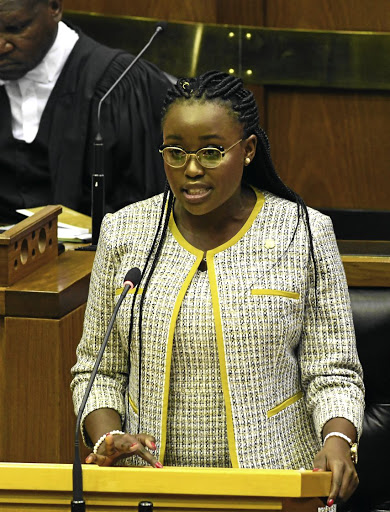 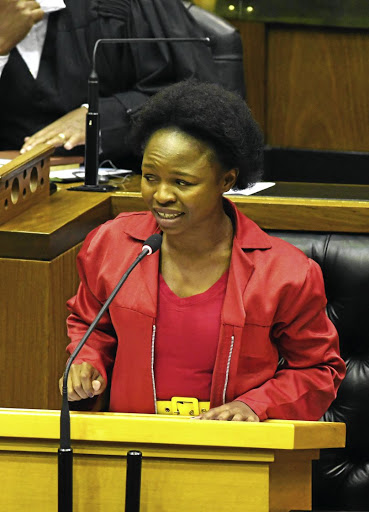 They may no longer be student leaders, but debutant MPs Nompendulo Mkhatshwa and Naledi Chirwa from the #FeesMustFall have clearly not forgotten their roots.

The two, from ANC and EFF respectively, used their maiden speeches in parliament yesterday to highlight the struggles of incarcerated #FeesMustFall activists.

During their inputs on the debate on the State of the Nation Address (Sona) delivered by President Cyril Ramaphosa last week, the two former student leaders spoke on a wide range of socioeconomic issues affecting young South Africans - from hate crimes, sexism, to patriarchy and discrimination against LGBTI communities.

Mkhatshwa was the first to take up the issues of arrested students, calling on Ramaphosa to give them a presidential pardon.

Mkhatshwa said their generation, the #FeesMustFall, reminded society that a nation could not be built while others are left behind academically and economically.

Mkhatshwa said while the protests by students in 2015 and 2016 have resulted in great strides in the higher education space, it was concerning that some activists were still behind bars for fighting for free tertiary education.

"Talented young South Africans such as Kanya Cekeshe are behind bars.

"Comrade President, the unconditional release of Kanya and all others must be prioritised by your administration. We call for your presidential pardon," Mkhatshwa said as she addressed Ramaphosa directly.

Cekeshe is serving a five-year prison sentence for setting a police van alight during the protests in 2016.

Dealing with the same issue, Chirwa took a more fiery tone, with MPs from the ANC benches disrupting her speech by raising various points of order.

Chirwa had accused the ANC-led government of "the most heinous of crimes" by jailing #FeesMustFall activists.

"You jailed Kanya Cekeshe and Bonginkosi Khanyile, and [you're] complicit for the brutal murders of Benjamin Phehla and Bongani Madonsela just because they asked for a free education you promised when they were still toddlers in 1994," she said.

This led to MPs from ANC asking her to withdraw the statement.

But her EFF leaders defended her, saying a maiden speech was not meant to be disrupted in terms of the rules of the chamber.

In the end, Chirwa opted to withdraw. She accused the government of having no plans to build new universities or expanding the capacity of the current 26 universities.

"Where do you want these learners to go?" she asked.

"You have over a million students across all universities but you can only accommodate just under 130,000, where must the rest stay?"

EFF leader Julius Malema delivered the most hard-hitting blows on Ramaphosa, saying he could not see what former president Nelson Mandela had seen in the billionaire politician.

Malema said after harbouring the ambition of being president for nearly three decades, Ramaphosa last week delivered an uninspiring Sona.

"After your speech, we now ask ourselves as to what did Madiba see in you which we can't see. Your speech did not inspire confidence and hope among the poor, young and old people of SA," said Malema.

The DA's Mmusi Maimane earlier echoed a similar sentiment, saying Ramaphosa needed to resolve current problems before telling the nation about his dreams over bullet-trains and new cities.

But new minister in the Presidency Jackson Mthembu sprung to Ramaphosa's defence.

"Those who claim that the Sona is all about dreams do not understand that all major revolutions worldwide begin with an idea.

"It was the dreamers who gathered in Mangaung in 1912, and formed an organisation that would wage a Struggle against colonialism and oppression informed by the dream of a free South Africa which all now enjoy."