ConCourt to rule Jiba and Mrwebi's future as advocates 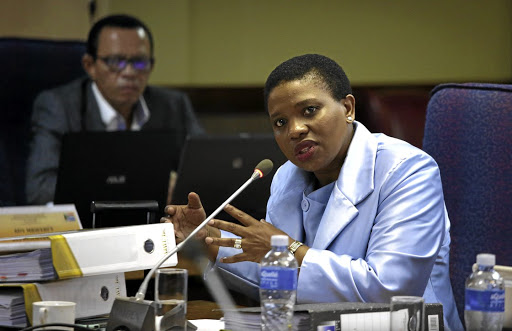 Former deputy national director of public prosecutions Nomgcobo Jiba and Lawrence Mrwebi will hear on Thursday whether they are still allowed to practice as advocates.
Image: Gallo Images

The Constitutional Court will on Thursday rule on an appeal by the General Council of the Bar (GCB) against the judgment on former senior National Prosecuting Authority (NPA) officials Nomgcobo Jiba and Lawrence Mrwebi's fitness to be advocates.

In 2015, the GCB instituted an application in the high court against Jiba and Mrwebi, in which it sought an order to strike them off the roll of advocates. The council relied on complaints relating to their conduct as senior officials of the NPA.

In September 2016, the high court in Pretoria removed the names of Jiba and Mrwebi -then the head of the Specialised Commercial Crime Unit - from the roll.

However, Jiba and Mrwebi successfully appealed the high court decision in the Supreme Court of Appeal (SCA) last year. In its judgment, the SCA upheld Jiba's appeal and ruled that her name should not be struck from the roll of advocates.

The GCB appealed to the ConCourt against the SCA judgment and the matter was heard in March.

One of the questions that the ConCourt needs to answer in its judgment is whether the appeal by the GCB - concerning factual findings on the fitness of Jiba and Mrwebi to remain on the roll of advocates - should engage the jurisdiction of the ConCourt.

The constitution states that the ConCourt may decide on constitutional matters and any other matter - if the court grants leave to appeal - on the grounds that the matter raises an arguable point of law of general public importance.

The judgment on Thursday comes a few months after President Cyril Ramaphosa fired Jiba and Mrwebi, following the findings of the Mokgoro inquiry into the fitness of the two officials to hold office.