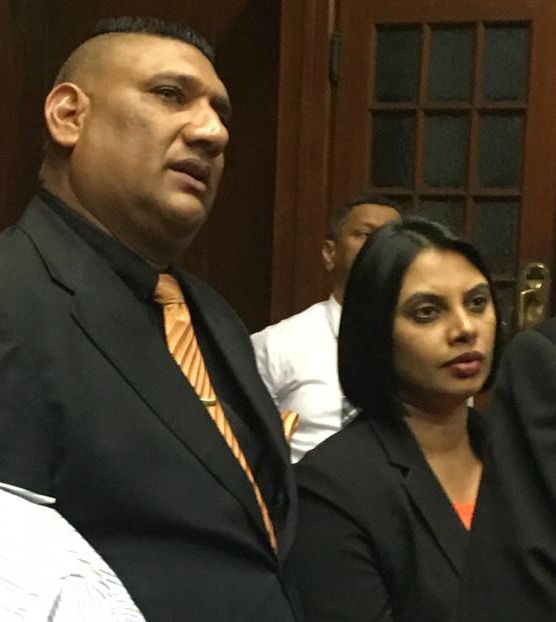 The man found guilty of the murder of Durban schoolgirl Sadia Sukhraj faces the prospect of life behind bars.

Although Sibonelo Mkhize, 39, did not pull the trigger of the gun that killed Sadia, Durban High Court judge Esther Steyn on Monday found him guilty of the schoolgirl’s murder as well as that of his accomplice, Siyabonga Bulose.

She said before delivering her verdict that the killing of the grade 4 pupil last year had "changed lives forever".

The tragedy resulted in a national outpouring of grief and anger.

Steyn ruled that Mkhize was one of two armed robbers who hijacked a car belonging to the girl's father, Shailendra.

She found Mkhize guilty of Sadia's murder through the doctrine of common purpose.

Under laws of common purpose, an accused can be held to account for crimes he or she did not commit if by their own conduct they must have foreseen that the crimes could have been committed.

The defence in the Sadia Sukhraj murder trial say their first witness‚ a policeman‚ will give vital information that will help murder accused ...
News
2 years ago

The agony was evident when the devastated father wiped tears from his face as Steyn ruled that Mkhize was criminally liable even though Sadia and Bulose had been killed from bullets Shailendra fired at the car in which his daughter was seated as it sped off.

“There is no doubt in my mind that they (Mkhize and Bulose) must have foreseen that someone could be killed and they had a reckless disregard of this.

“They armed themselves which shows that they foresaw that they could be retaliation and they decided to have the upper hand if there was.

“The consequences must have been expected and obvious to any person given the high crime rate in South Africa,” she said.

Shailendra and his wife Lorraine declined to speak to media after judgment was handed down.

But on Tuesday, both will have their say through victim-impact statements which will be handed in to court ahead of sentencing.

Mhkize is facing life imprisonment unless he can show exceptional circumstances which will allow Steyn to deviate from the prescribed minimum sentence for murder.

The man standing trial for the murder of nine-year-old Shallcross schoolgirl Sadia Sukhraj has maintained his innocence.
News
2 years ago

The father of Sadia Sukhraj fought back tears as he recalled seeing his daughter's lifeless body at a hospital.
News
2 years ago
Next Article