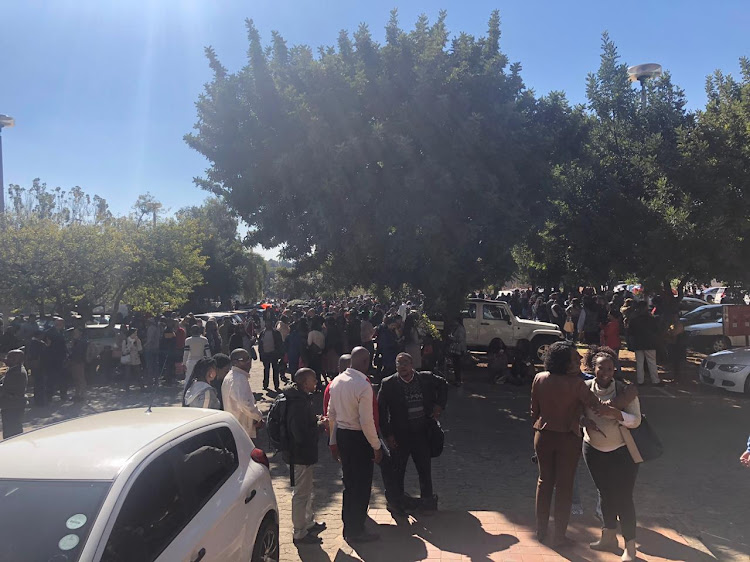 SABC Radio Park employees were evacuated after a fire broke out in the canteen area on June 25 2019.
Image: Thando Mpembe/TimesLIVE

Four employees have been taken to hospital for smoke inhalation after a fire broke out at the SABC's Radio Park building in Auckland Park, Johannesburg, on Tuesday.

The fire started in the canteen near the Metro FM and Five FM studios.

Thabiso Mhlomvu, from the South African Arts and Culture Youth Forum, was waiting in the lobby ahead of a scheduled interview with the corporation's executive when he saw women rushing out of the canteen, saying it was on fire.

Thabo Loate, who runs the canteen, said a fire started at an electrical board where they prepare food.

Staff were evacuated as a precautionary measure and were waiting to be addressed by management. Security guards are not allowing anyone to enter the building. 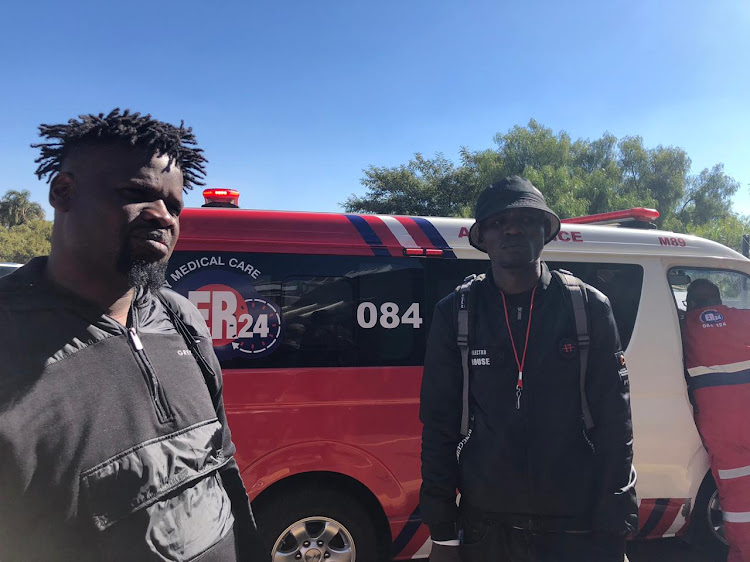 Thabiso Mhlomvu from the South African Arts and Culture Youth Forum was waiting for a meeting with SABC managers when a fire broke out on June 25 2019.
Image: Thando Mpembe/TimesLIVE

This is the same building that was evacuated in May, when a four-day clean-up operation was required after a diesel spillage.

The SABC said at the time a power outage had resulted in its internal systems switching from City Power to a back-up generator. "A failure of the equipment led to the diesel tank overflowing," SABC spokesperson Vuyo Mthembu said at the time.

Guys check on your family and friends that work at the SABC.

The Radio Park building is ON FIRE