Killed officer 'loved his work with a passion' 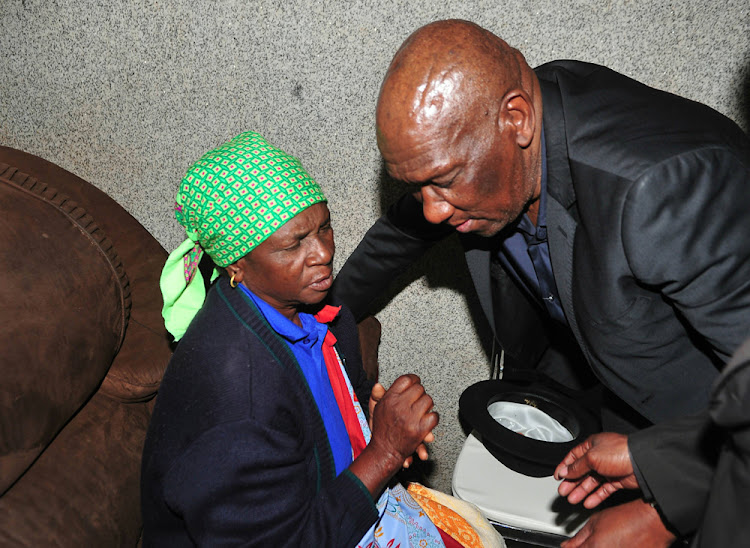 The Soweto police officer who was shot and killed while arresting an alleged criminal was hailed as a hero during his memorial service which was held at Protea South Community hall in Soweto on Tuesday afternoon.

He was killed while on patrol at Nancefield hostel when a shoot-out between his team and alleged criminals ensued after the team had stopped a suspicious looking vehicle.

Speakers at the memorial service described Vukeya as a dedicated and energetic police officer.

“This man loved his work more than he loved his life. Even when the bullet struck him, he continued to cuff the criminal until he became weak and fell,” she said.

“I groomed him. He was energetic and he worked overtime even when we were off. I think we lost a hero. My boy, you have left a big wound in our hearts,” he said.

Moroka police Station Commander Brigadier Balaraman Govindasamy appealed to his officers to remain vigilant when they execute their duties.

“My appeal is for you to put in practice the tactical training you received. The colleagues did everything right but the moment you drop your guard the criminal [use the opportunity]. The deaths can be reduced to zero if we apply the tactics we learned,” he said.

“My colleagues who were on duty, you did nothing wrong. Emulate Vukeya’s passion and do everything by the book,” he said.

Three men arrested for the murder of Soweto police officer

National police commissioner Khehla Sitole has welcomed the arrest of three men who allegedly murdered a police officer in Soweto on Thursday.
News
3 years ago

Vukeya’s uncle Patric Vukeya could not hold back his tears when he spoke about his nephew.

He said the family was struggling to accept his death.

“It is very difficult for all of us because of the nature of the death. We had other deaths before but we survived. Some deaths you can’t get over and this is it,” he said.

Patric said he discouraged his nephew from studying policing at University but the drive he had led him to that career path.

“We could see the determination in him. We are very proud of the kind of person he was. When he came across challenges in life, he did not say why me, he said bring it on. I believe that where he is, he says I have served my time,” he said.

Police Deputy Minister Cassel Mathale appealed to communities to work with police in the fight against crime. He said there was a need to intensify the professionalism of the police service.

“We must go on a drive as a country to encourage the best to be part of the force. For us to win the fight against crime, the community members need to be friends with the police. There must be a relationship between the police and communities,” he said.

“It is through presenting water tight cases that we will earn respect in our communities,” he said.

Mathale encouraged officers to support Vukeya’s family by checking on them regularly and showing compassion.