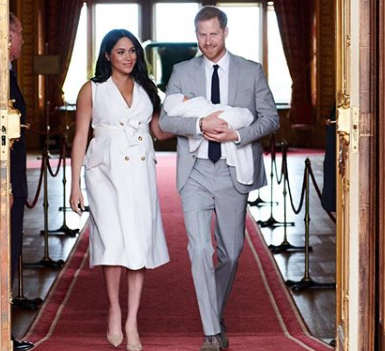 The Duke and Duchess of Sussex pose with their newborn son. Archie in St George's Hall at Windsor Castle on May 8 2019.
Image: Via Instagram/sussexroyal

Get out your Sunday best‚ because Mzansi may just have royal visitors very soon.

Daily Mail is reporting that the Duke and Duchess of Sussex are set to embark on an African tour‚ with officials in South Africa reportedly being told of an impending visit.

Earlier this year it was reported that Prince Harry and Meghan Markle‚ along with baby Archie‚ would be settling abroad to do charity work‚ with their main bases being locations in Africa.

Meghan and Harry had a romantic getaway in Botswana while they were dating and both have remarked on it being a special place for them.

ITV  reported that the royals will embark on an African tour later this year‚ with Malawi‚ Lesotho‚ Angola and South Africa earmarked as destinations.