Opposition parties rejected President Cyril Ramaphosa's State of the Nation Address on Thursday as nothing new but  "a pipe dream".

DA leader Mmusi Maimane has described Ramaphosa’s speech as “a state of no action and containing a lot of empty promises". 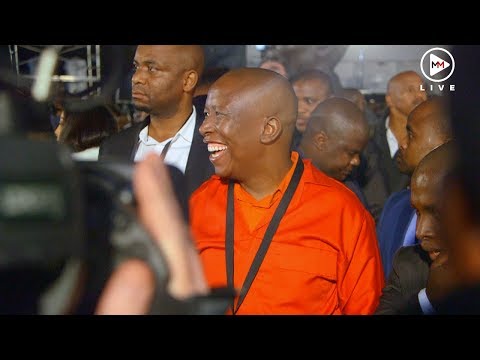 "It was all based on a dream of really no tangible plans on how we will get out of this trouble in the next five years. We should have seen more reforms and none were forthcoming.

Maimane said Ramaphosa's stance on the Reserve Bank did not reflect what the ANC's resolutions taken in Nasrec in 2017 were.

"Our constitution gives the mandate of the Reserve Bank. The problem that the president is facing is that his party doesn’t agree with the position he is taking. No tangible plans to make sure we put investment into our economic growth," said Maimane.

The IFPs Prince Mangosuthu Buthelezi said he hopes Ramaphosa will be able to fulfil his promises.

"I can say without any fear of contradiction that I have never heard any similar speech that was lauded as much as this… Most of the things that he said is something that everyone of us lacks.

"All the things that the president has said, we do want them. When he talks about a dream, I hope it does not just end as a dream because he mentioned that. But if we take into account that the country is afloat through borrowing already, one doesn’t know how soon these things can be implemented.

Buthelezi said he was, however, unsure where the funds would come from where the country finds itself in a situation where the economic growth is almost nil.

Cosatu parliamentary spokesperson Matthew Parks said the federation is pleased that Ramaphosa placed the need for drastic and urgent state intervention in the economy.

"In particular, it is inspiring that R250 billion of the R300 billion promised investments from the 2019 Investment Summit are materialising.  We are encouraged that R840 billion further investments will be targeted over the next five years," said Parks.

Cosatu said while they welcome the plans to create 2 million jobs for the youth over the next 10 years, they are worried that the jobs target in this regard is only 155 000.

National Youth Development Agency chairperson Sifiso Mtsweni welcomed the president's speech because of the introduction of the youth service programme which will address youth unemployment.

"The two million pledge but from where we are seated, there's close to nine million people that are employed and more needs to be done. The investment aspect of coming into the country and bringing jobs must be expanded, the two million is just a start," he said.

Freedom Front Plus leader Peter Groenewald rejected Ramaphosa speech on the stance that government has taken to expropriate land without compensation.

"What he actually said tonight is that they are going to continue with expropriation without compensation. It is quite clear and we reject that, and we say that is going to be detrimental to the economic growth of South Africa," said Groenewald.

He added: "He has got a nice dream but unfortunately when he wakes up he will find out he’s living in a nightmare. He said quite a lot of things, it’s a wish list and of course everybody would like to have that, we want to know how he is he going to do it."

Turning to Eskom, Groenewald said although the entity plays a vital role in the economy, a lot of vacuuming needs to be done to save the parastatal.

"It's very vital for the economy, but I say, and the Freedom Front Plus say that they must get rid of too many people in Eskom, they must get back people who’s got the competency to do the job and if they do not do that, I’m afraid they won’t be able to survive," he added.