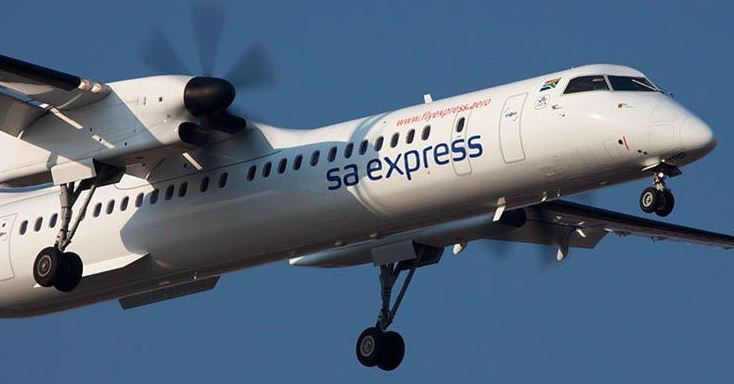 SA Express's controversial arrangement with the North West government is under scrutiny at the Zondo inquiry into state capture.
Image: Turners Travel via Twitter

The 2015 deal‚ which is riddled with allegations of corruption and procurement irregularities‚ came under the spotlight again at the inquiry into state capture on Thursday when the airline's commercial manager‚ Arson Phiri‚ took the stand.

Phiri‚ who has worked in South Africa's aviation industry for 15 years and joined SA Express (SAX) in 2018‚ was asked to do a comparative analysis between an above-board deal between SAX and Dube Tradeport in Durban and the controversial arrangement struck between the airline and the North West government.

He concluded that the amounts paid by the North West government to SAX were "excessive" and "overstated".

The agreement was allegedly envisaged to move up to R400m out of the North West government account and into SA Express. The commission believes R97m of that amount was siphoned off to various entities through a "detailed scheme of money-laundering".

The North West's agreement with SAX was signed off by the airline's executives‚ Brian van Wyk and Inati Ntshanga.

Former SAA treasurer Phumeza Nhantsi told the state capture inquiry on Tuesday that she realised that she was being used as "a vehicle for people to ...
News
2 years ago

The contract for the operation of both airports‚ Mafikeng and Pilanesberg‚ was set down for five years‚ starting in March 2015.

However‚ the North West government forked out millions to SAX for a series of subsidies and concessions to get the routes operational before any work was actually done.

Analysing the airline's contract with the government department‚ Phiri said SAX was paid a concession subsidy that related to costs which ordinarily would be incurred by SAX in extending its services to the two airports. Those costs would then be subsidised accordingly.

SAX was also paid a route-marketing subsidy which related to the cost incurred by the airline in developing the route. It also related to the costs of marketing the flights before their launch. In the case of Dube Tradeport‚ it entailed a three-month marketing period before the first flight. However‚ in North West‚ the subsidy was granted over the entire five-year contract.

Former SAA chief financial officer Phumeza Nhantsi told the state capture inquiry on Wednesday of a culture of fear and political interference that ...
News
2 years ago

"It certainly cannot be for five years. Generally‚ one year is enough to ensure the route is profitable‚" Phiri said.

For each airport‚ SAX was to be paid R14.6m in the first year‚ R4.8m in the second year and R4.5m for the following three years. All monies were paid upfront.

SAX was also paid an upfront fee of what would amount to R11m a year for each of the two airports for covering the airline's operational costs.

"The amounts seem to be quite excessive‚ in this case these amounts were basically overstated‚" Phiri said.

The commission will continue to hear aviation-related evidence on Friday.