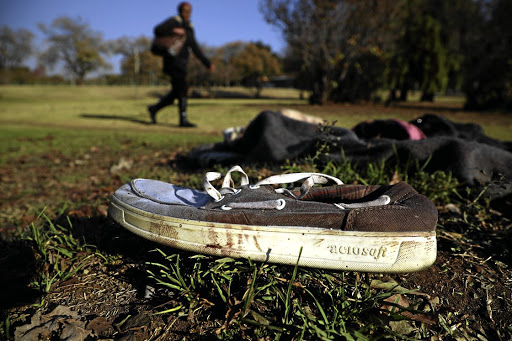 Residents of Muckleneuk in Pretoria are living in fear after the body of another middle-aged homeless man was discovered in the area.

Police have confirmed that five homeless men have been found dead in the area over the space of a month.

A case of murder has been opened by police following the discovery of a fourth man found dead in the streets of Pretoria on Tuesday.
News
2 years ago

The cause of death has not been made public. Peters said a "pathologist is on the investigating team and will confirm the cause and extent of injuries".

At this point, police could confirm that all five victims were "male, middle-aged, homeless and killed during the night".

Nqobile Sibanda, a homeless man in the area, told SowetanLIVE that he feared for his life after being attacked in his sleep last month. He fears that this was at the hands of the same assailant who has gone on a rampage, murdering homeless men in Pretoria.

"I'm scared of that man. He stabbed me four times," he said.