Ntsiki Mazwai: I don’t hate Juju, I just asked what the EFF's succession plan is 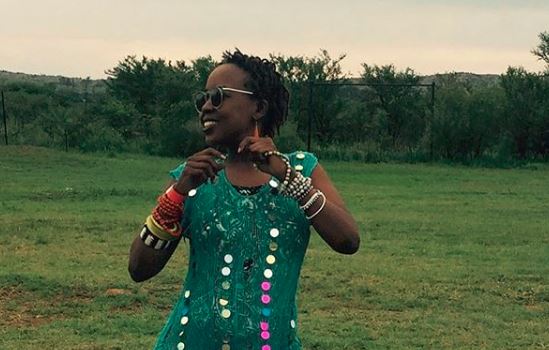 Poet and TV host Ntsiki Mazwai has cleared the air on her reported "feud" with the EFF, explaining that she had not criticised the leadership of the party in the past, only questioned their succession plans.

Ntsiki made headlines in October last year when she took to Twitter to claim the EFF on the ground was greater than its national leaders and said the top six were "stale".

"You realise if you put in other people that have support you will appeal to more voters? Fear is dangerous. So how long is this foundation phase? 20 years same leadership? I see." she added.

Those comments were resurrected recently when EFF leader Julius Malema made headlines for his Youth Day speech which included comments on the ANC leadership and the liberation of voter's thinking.

Talk about predictions! Ntsiki Mazwai has imagined a future where she believes that if the EFF takes control of the country‚ it could spell trouble ...
News
3 years ago

"They come to you during elections, with 55.5% unemployed young people, give you food parcels and you are so happy. They give you blankets, you are happy. Why? You think more is coming after elections," he said.

Ntsiki took the opportunity to clear the air on what she had meant all those months ago, claiming to have been targeted simply for asking about the EFF's succession plans.

"I would like to correct a narrative. I don't hate Julius Malema. I asked the EFF what their succession plan is and he swore at me. Please stop confusing facts...Basically I'm an enemy to the EFF for asking if Julius is the only leader we will ever have," she tweeted.

I would like to correct a narrative- I don't hate Julius Malema. I asked eff what their succession plan is and he swore at me. Please stop confusing facts.

Ujuju uyewapainelwa when I asked about a follow up leader.....and you guys defended him. Stop putting it on me ??❤️

Basically I'm an enemy to eff for asking if Julius is the ONLY leader we will ever have......

She went on to explain that she is "very particular about having a good leader" and said it wasn't a popularity contest.

Im very particular about having a good leader.......leadership is not a popularity contest

Lol....who is the next leaders love???? We want to see you PLAN AHEAD and stop being pathetically childish in a personality cult https://t.co/IGMAiSxINO

As the debate around her comments became heated again, Ntsiki responded to a tweet about opposition politics, saying it was her fear that there is no such thing as a succession plan.