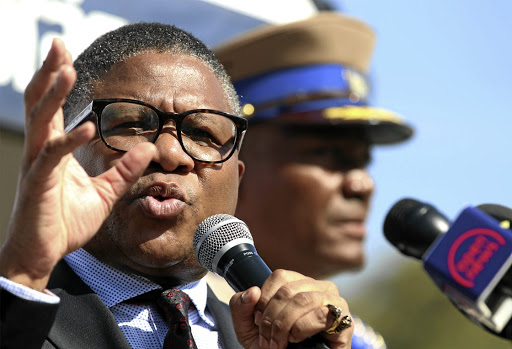 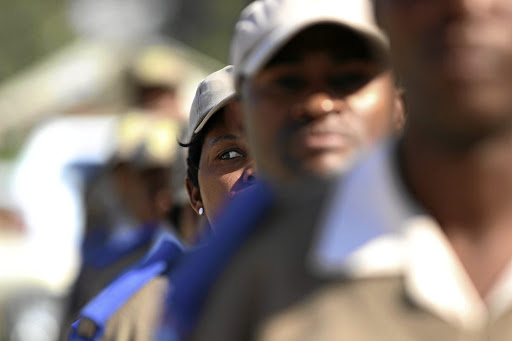 Transport minister Fikile Mbalula yesterday waged war against road carnage and announced that the working hours of traffic officers in Limpopo will be extended.

The announcement follows the long weekend deaths of 45 people in parts of the province.

Speaking to scores of traffic officers in Polokwane, Mbalula said if they were on duty at 10pm, the horrible accident between a bus and minibus, which claimed the lives of 24 people on Sunday, could have been prevented.

He said: "There are more than 200 traffic officers who will be added in the system in the next financial year. We want officers on the ground for 24 hours. People drive recklessly because they know there are no officers after 10pm.

"Look at the accident which happened on the R81, it happened after 10pm and young lives were lost. Traffic officers must be on the ground, don't hide yourselves."

He said the war against road fatalities should be everyone's responsibility.

"We must start with us taking responsibility for our deeds on the roads. If you allow yourself to be driven by a drunk driver and reckless driver, you must know that the consequences are dire because you are in consent of that reckless behaviour."

Mbalula further called on young people not to drown themselves in alcohol.

"We know it's good to have fun... you don't have to drown yourselves in alcohol. You must respect the rules of our roads.

"Traffic officers should arrest anyone who disrespects the rules," he said.

At least 24 people between 17 and 27 years died on Youth Day when the overloaded minibus they were travelling in collided head-on with a bus on the R81 at GaMaphalle village outside Modjadjiskloof.

The young people had hired a minibus to GaSekgosese where they earlier held Youth Day celebration at a local lodge.

Mbalula said the report into the
crash will be made public.

A memorial service for the crash victims will be held in Kgapane tomorrow. Letaba local municipality spokesperson Lovers Maenetja said a mass funeral was planned for Saturday.

More than 80 people were injured in an accident involving an articulated bus, bakkie and SUV on the R71 Phalaborwa-Giyani road between Letsitele and ...
News
2 years ago

"This was the bloodiest weekend we have experienced and it again points to recklessness and negligence by drivers."
News
2 years ago
Next Article