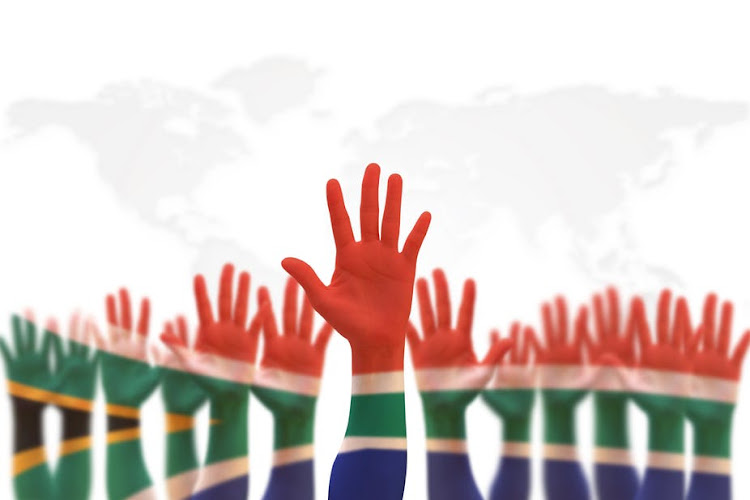 Inequality in South Africa derives from settler colonialism. The country is incredibly unequal.
Image: Shutterstock via The Conversation

Sociologist Goran Therborn has probably influenced the study of inequality more than any other scholar in recent years.

I want to expand on what Therborn insisted was only a hypothesis, specifying some of the key contributions of the colonial era to the history of inequality. But I also argue that the specific nature of capitalism in 20th century South Africa, while profoundly shaped by settler colonialism, is analytically distinct and equally important in shaping the contours of contemporary inequality.

During 150 years of Dutch colonial rule, slavery left a deep imprint on poverty and inequality. Slaves and their descendants formed a distinct layer of the poor in the Western Cape. And as the colony expanded north and east, Khoikhoi communities lost their independence through military defeat, disease and the loss of their herds. Through the 18th century, Khoikhoi were absorbed into the frontier economy as a captive workforce.

At the beginning of the 19th century, Britain shouldered aside the moribund Dutch East India Company. British colonial administrators were confident of the “civilising mission” of the empire; and the arrival from the 1820s of British settlers in the eastern Cape introduced a new economic, political and military dynamic. Imperial and settler troops waged a series of increasingly punitive wars against the Xhosa kingdoms.

The loss of land and livestock propelled Xhosa men, women and children into indentured labour. Twentieth century historian and former president of Cornell University Cornelis Willem De Kiewiet – writing 75 years ago – went to the heart of the matter when he wrote:

A crucial period from the 1860s to 1910 was decisively shaped by the mineral revolution and imperial interventions. The discovery of diamonds and then gold saw large mining houses create a labour force with a skilled (white) artisan base and a massive, migrant (black) workforce. British imperial policy sought to control access to the minerals and secure the labour supplies to extract them. A series of wars and annexations completed the conquest of African societies; and the defeat of the Boer republics in the South African War led to the creation of a single territory under British control.

In 1910, by an Act passed in Westminster, South Africa became a British dominion. The Union inherited what became some of the essential institutions of 20th century South Africa. These were the “native reserves”, large-scale migrant labour, segregated urban space, and an increasingly overt subordination of black people to white rule.

Employed but still poor: the state of low-wage working poverty in South Africa

Paid employment is generally considered the predominant and most sustainable way of pulling people out of poverty.
News
2 years ago

After 1910, the new state massively increased its capacities and the economy diversified. By 1948 manufacturing had outstripped both mining and agriculture in its contribution to GDP. South Africa became a mid-ranking industrial power. But this history of economic development had a dark, singular twist. Alone among industrial powers, South Africa did not incorporate the bulk of its working class into its social and political institutions. Black South Africans were systematically excluded from political, educational, legal and welfare systems.

From 1910 to the 1970s - under segregation and apartheid - South African capitalism accommodated itself to this distinctive social divide, which became a key driver of inequality. The consequences are well-known.

Until the 1970s, the real wages of African workers in mining and agriculture stagnated and at times actually fell. Farm workers were an exceptionally exploited group. An even larger proportion of the African population experienced poverty in the reserves (subsequently bantustans or homelands). Black city dwellers experienced less acute poverty than their rural cousins. The mass provision of township housing provided modest material and welfare gains, but created an insecure and violent environment.

Throughout these years, successive governments not only inhibited black economic advancement, but also buttressed white privileges. State services for white families – in education, healthcare and housing – widened racial disparities in income and wealth. During the heyday of apartheid – from 1948 to 1973 – a period of growth and stability saw white living standards rise dramatically.

By the 1970s, however, the apartheid project was in deep trouble, regionally, politically and economically. Growth stalled, inflation rose, an intense balance of payments crisis set in. From the OPEC crisis of 1973 to 1994, South Africa’s economic performance was dismal. Capital responded – it had to, given the stark failure of the existing low-wage, low skills growth path. The real wages of black workers in manufacturing and in mining rose sharply – but there was a strong shift to replace labour. Manufacturing, agriculture and mining all embraced mechanisation – and shed jobs.

An historic transition took place: a shift from labour shortages to a labour surplus, generating structural unemployment upon a massive scale. Between 1970 and 1980, unemployment spiralled tenfold: from about half a million to 5.1 million people. Among the jobless millions, those who were less educated, less skilled and less urbanised had scant prospects of finding work. Structural unemployment became a savage new source of inequality.

Politically, 1994 was a watershed moment. But economically and socially there were significant continuities from the late apartheid years to the post-apartheid present. Social grants and the provision of housing and services to townships have reduced levels of income poverty. But inequality has actually increased since 1994.

Two factors have intensified inequality: increasingly concentrated income and wealth; and a sharp rise of inequality within the African population. In 1993 the wealthiest decile of the population earned 54% of national income; by 2008 their share had risen to over 58%. The poorer 50% of the population saw its share fall from 8.3% to 7.85%.

Wealth is even more unequally shared than income. Within the African population, the emergence of a well-to-do middle-class minority has been rapid and today about half of the wealthiest decile are black. In post-apartheid South Africa, affluence has been de-racialised; poverty and inequality have remained stubbornly racialised.

Inequality was forged by settler colonialism and racial capitalism; its persistence in such acute form reflects the distribution of power (and the resources and opportunities conferred by power) in society.

Tackling inequality therefore involves more than “pro-poor” policies: it needs changing the social processes and relations that underpin it.

The article is based on a chapter in a book, Poverty & Inequality: Diagnosis, Prognosis and Responses