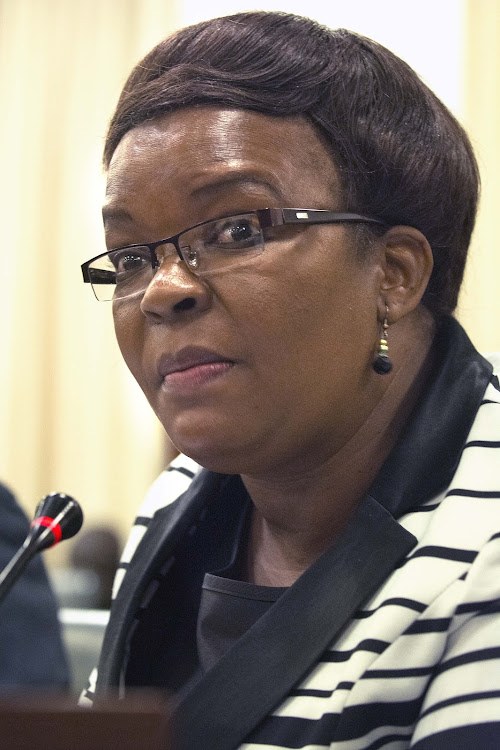 ANC deputy chief whip Doris Dlakude says former ministers who have stepped down as MP after being snubbed by the president, stood to lose a lot.
Image: Trevor Samson

ANC deputy chief whip Doris Dlakude has defended former cabinet ministers who have resigned from parliament after being left out of President Cyril Ramaphosa’s executive.

Dlakude told the National Assembly’s programme committee on Thursday that the former ministers stood to lose a lot had they not resigned. She was responding to her DA counterpart Jacques Julius who joked that they were expecting no resignations from the DA.

The meeting was discussing the process of establishing new national assembly portfolio committees after a parliamentary official told MPs that staff were waiting for political parties to submit names of MPs for the various committees. Parties have until Friday to  submit names.

Bathabile Dlamini denies she was 'drunk on the job'

Former cabinet minister Bathabile Dlamini has strongly refuted persistent rumours about her being “drunk” while in office.
News
3 years ago

The ANC and smaller parties indicated that they were not ready to submit the names and would not meet the deadline, while the EFF and the DA said theirs were ready. Julius then added: “We also don't anticipate any resignations now in the DA”.

To which Dlakude responded: “... We must understand those were cabinet members and they stand to lose a lot and they have served this country with pride. So please let them resign as their own wish. No one is forcing them out.”

The discussion was taking place as news broke that former labour minister Mildred Oliphant had also resigned as an MP. She became the last of the former ministers to give up their parliamentary seats after being left out of the cabinet in May.

Former ministers who resign are entitled to a benefit called a “loss of office gratuity” which is much more significant if one resigns as a cabinet minister than as an ordinary MP.