'If a man threatens to kill you, he will' 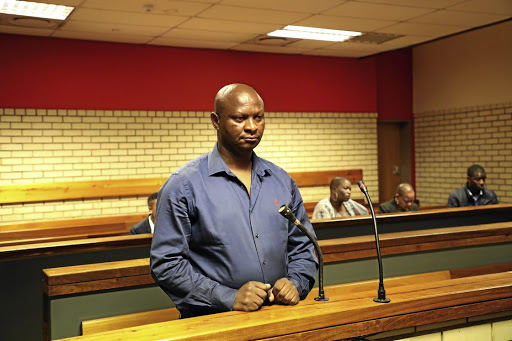 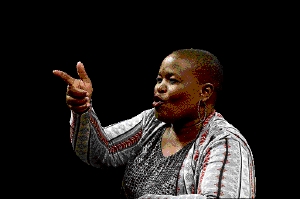 These were the words of Mpho Manganye, 44, who was shot and left for dead by her ex-lover Hans Motloung last year after she had dumped him.

On Tuesday, Manganye sat about 4m from Motloung, 39, in the Pretoria North magistrate's court where he was expected to be sentenced on a count of attempted murder.

Pouring her heart out to Sowetan, Manganye said her ex-lover had been abusive for years while they lived together at her RDP house.

"He used to beat me up a lot. If you look closely on my forehead there is a scar. He hit me with a mayonnaise bottle," Manganye said.

She obtained a protection order against Motloung after he assaulted her in the presence of his parents while in the Free State in 2016.

"He was a man who was very violent when intoxicated. He said he could not quit alcohol because of me," she said, adding that Motloung was unemployed in the five years that they were together and had a firearm.

Man sentenced to 12 years for killing girlfriend after abortion

The Polokwane High Court on Monday sentenced 39-year-old Joseph Mafifi to 12 years in prison for killing his girlfriend in 2018.
News
2 years ago

Things got worse last year when Motloung arrived at night drunk and broke windows and Manganye left her home with the help of police.

But that was the beginning of another episode as Motloung stalked her every day, she said.

"He would ask to speak to me and I would give him a chance. He asked for forgiveness and I told him, 'I forgive you but I don't want you in my life'," Manganye said.

She said Motloung joined her church to prove that he had changed.

Manganye said on April 4 last year, she found him waiting for her on the street as she was going to church at about 5am.

"He greeted me and I complained that he was in a dodgy spot. The next thing I heard was the cock of a gun. I turned around and asked, 'what are you doing?' and he hid his gun under his arm but I could still see it," she said.

Manganye reported the incident at the Akasia police station the next day.

"The officer asked, 'if he says he did not point the firearm [at you] what will we say?' I asked her to go and arrest him and the officer asked if they should arrest a person with a licensed firearm."

After returning from work the following day, she found Motloung waiting for her at a drop-off spot.

Teacher shot dead by gunman who walked into KwaZulu-Natal school

A teacher died after multiple bullets were fired at him by a gunman during school hours on Tuesday morning.
News
2 years ago

Motloung asked her why she was sending cops to arrest him and the two had an argument.

"He pulled out a gun. He cocked it and pointed it in my face. He pulled the trigger but the gun didn't fire. He cocked the gun again. As I turned my head to look if there was someone who could help, he shot me in the neck from behind and the bullet came out through my right jaw."

She said an ambulance took a long time to arrive and she asked neighbours to call a private ambulance service before it was too late. She was charged R5,000 and pays R500 each month to the company.

She spent three weeks in hospital and when she was released, Motloung had been granted bail.

The case was postponed to next month to allow the state and defence time to peruse victim impact and pre-sentencing reports.