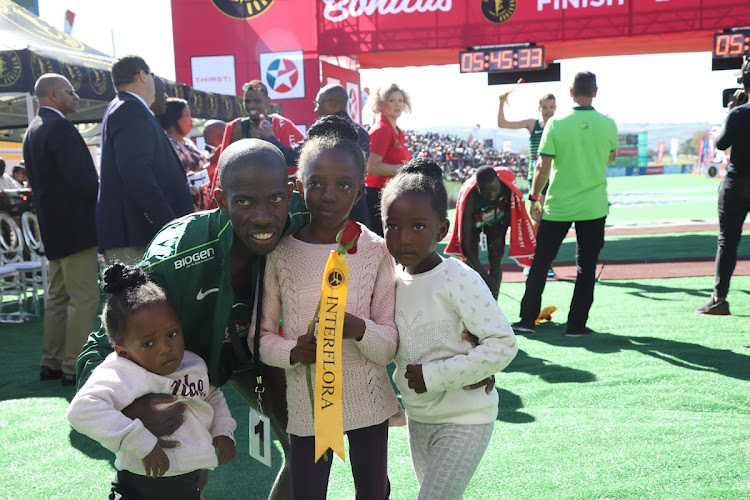 Comrades Marathon winner Edward Mothibi is expected to get a heroes welcome when he returns to his hometown of Mahikeng, North West, on Wednesday afternoon. Mothibi, who hails from Magogoe village, won the 94th race in Durban on Sunday.

Arts and culture spokesperson Shuping Sebolecwe said Mothibi will be joined by other marathon participants from the province during a parade in a bus on Wednesday afternoon. Top provincial government officials are also expected to attend.

The parade will start at at Mmabatho and proceed to town in Mahikeng and then ending at Mothibi's home in Magogoe. Sebolecwe said the bus will then drive back to extension 38 where a formal welcome ceremony will commence.

Education and sports development MEC Mmaphefo Matsemela, who will be part of the tour, said the province was now known for its dominance in the Comrades Marathon. “Mothibi is a star worth to be celebrated and young learners will be motivated and inspired by his performance” Matsemela said.

Comrades Marathon winner Edward Mothibi wanted to finish in the top 10 of the race.
Sport
2 years ago

Edward Mothibi's first act of financial prudence after winning his first Comrades Marathon at the weekend is paying off the house he bought last year.
Sport
2 years ago
Next Article