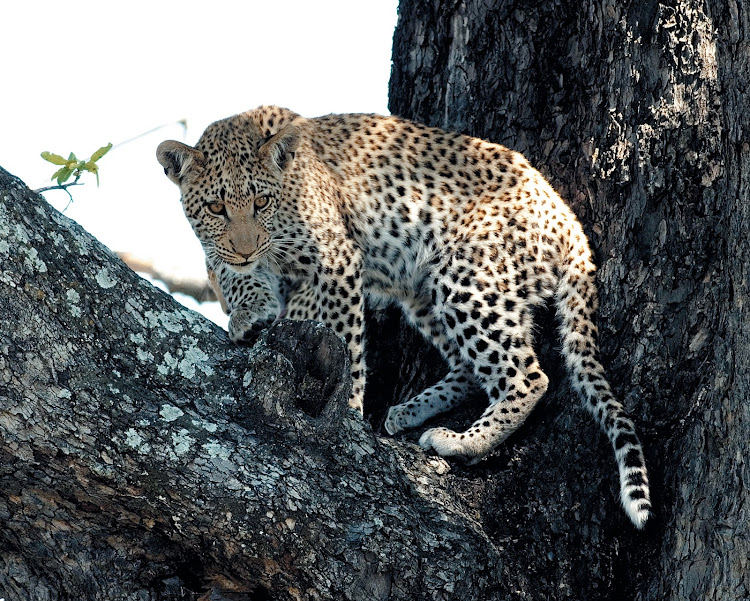 A toddler has died after being mauled by a leopard.
Image: Brendan Ryan

Two-and-a-half-year-old Courtney Ntimane, who was mauled to death by a leopard in the Kruger National Park on Wednesday, will be buried on Sunday.

"Courtney Ntimane was attacked by a leopard at Malelane living quarters and was rushed to the nearest hospital but unfortunately did not make it," SANParks said in a statement on Friday.

The staff member's child was attacked at the Malelane Technical Services living quarters about 8pm on Wednesday and was certified dead at the Shongwe Hospital.

Kruger National Park field guide was attacked by a leopard on Thursday during a game drive in Mpumalanga. The incident happened just after 13:00 at ...
News
6 years ago

A postmortem found the leopards were in "very good condition with good teeth and no obvious injuries prior to death", SANParks said.

"The adult female was carrying a lot of body fat, but with an empty gut, and the youngster also was in great condition with fresh impala in its stomach. This means that they were not desperate animals, and it probably was opportunistic instinct on the part of the adult."

SANParks told visitors the Kruger Park was safe "as long as they observe rules and regulations" and did not feed the animals because this caused "wild animals to lose their fear of humans and venture into these areas".