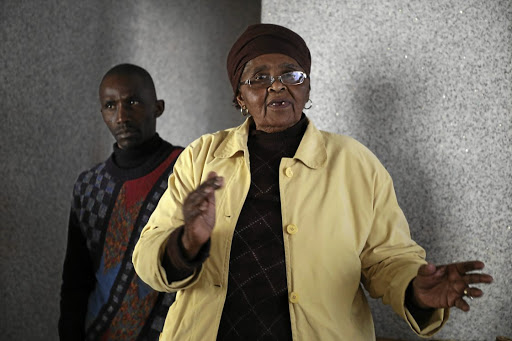 The funeral of veteran photographer Herbert Mabuza will be held on his farm in Randfontein, on the West Rand, tomorrow morning.

Mabuza, who died on Monday after a long illness, will be cremated as per his wishes after a brief funeral service by his family, colleagues and friends.

Mabuza's adoptive mother Gastinah Onverwacht, who raised him from when he was in primary school, has since spoken out about her loss.

Speaking from her Naturena home in the south of Johannesburg, she said she took in Mabuza while she was living in Soweto with her late husband.

"I took him from his grandfather after his parents had separated and left him with his aunt, who did not take care of him," she said.

The late veteran photographer Herbert Mabuza had been looking forward to wearing his siSwati attire for his traditional wedding celebration.
News
3 years ago

Onverwacht said Mabuza was a blessing in her life and a very adored son.

"I remember when he started his first job at The Star... his late father surprised him and paid deposit for his first car. He was overwhelmed. He lived with me until he got married," she said.

Onverwacht said: "The only reason why we did not change his surname when we applied for his birth certificate was because he was a boy child and we did not want him to lose his ancestral name."

She said when Mabuza was arrested during the 1976 student uprisings in Soweto, "I ran up and down to visit him in solitary confinement because he was passionate about politics and I supported him as a mother".

"Last year, he just rocked up with a cow and a goat from his farm during a family ceremony and said, 'Mama, these are your gifts from me'.

"He had a big heart and I'm proud of raising a man of his calibre."