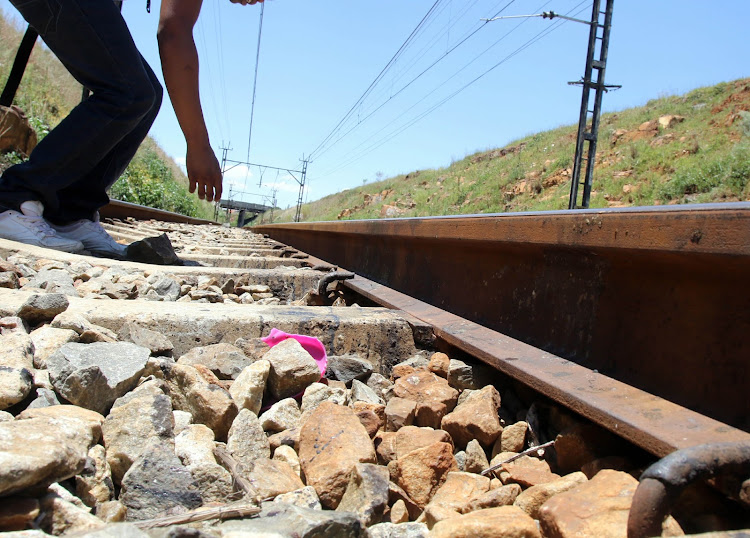 A body of child has been discovered near Merafe train station, Soweto.
Image: Antonio Muchave

City of Johannesburg (CoJ) officials discovered the corpse of a 14-year-old child who died on Sunday in a trench at a construction site at a train station in Soweto.

“According to the site agents’ incident report, three youngsters were swimming in the trench that had filled with groundwater and one of them unfortunately slipped and fell to his death. It is suspected that some of the safety measures that were in place to prevent access may have been stolen, which left the trench unsecured,” Monyai said.

The JDA shut down the construction site after the incident and opened a case with the police. The JDA started upgrading the pedestrian walkways at the train station in May 2018 and expects to finish the project in October.

A multi-governmental task team has been established to support the family of Nsuku Mhlongo, the six-year-old boy who died in Giyani, Limpopo, after ...
News
3 years ago
Next Article