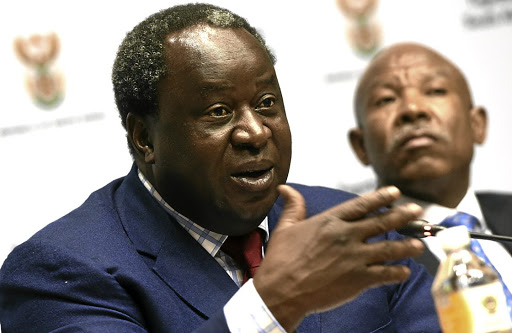 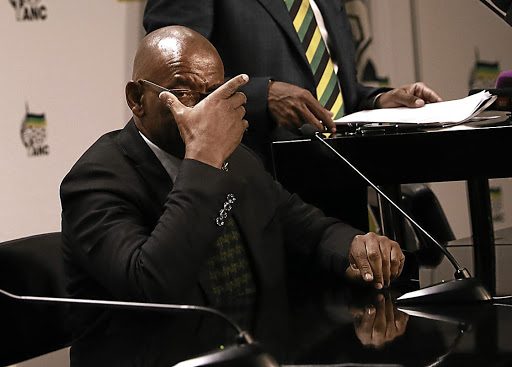 The country's economic titans have moved to counter the fallout over an ANC statement on the SA Reserve Bank, with finance minister Tito Mboweni slating "reckless statements" that undermine efforts to stabilise the economy.

The rand took a beating and the markets were spooked following ANC secretary-general Ace Magashule's announcement on Tuesday that the party's weekend lekgotla had agreed to expand the mandate of the Reserve Bank "beyond price stability to include growth and employment".

Opposing statements on the outcome of the ANC lekgotla expose fissures in the governing party and again raised fears about policy uncertainty. Economists are warning that President Cyril Ramaphosa was underestimating the damage caused by signals that the government and Luthuli House were not aligned.

Speaking yesterdayat the launch of new commemorative coins by the Reserve Bank to mark the country's 25th year of democracy, Mboweni said he was being inundated by calls from international media.

"Nobody is talking about changing the mandate of the Reserve Bank. This is clearly stipulated in the constitution. I don't understand why the obsession about the central bank all the time," Mboweni said. "Why say things that destabilise the market?"

Speaking to the media after the event, Kganyago said the issue of the mandate of the central bank was a "non-discussion" and was being used as a "Trojan horse".

The ANC’s economic transformation head, Enoch Godongwana, has contradicted party secretary-general Ace Magashule on the ANC’s stance on the mandate ...
News
3 years ago

Finance minister Tito Mboweni has again rubbished a statement by ANC secretary general Ace Magashule that the mandate of the SA Reserve Bank is to be ...
News
3 years ago

While Kganyago said he could not comment on the statement of any political party, he said the conditions for such measures didn't exist.

"Inflation must be so low that it threatens to go beyond zero. Interest rates must be so low, borrowers and savers no longer care where interest rates are. Only then would it be justifiable for the central bank to explore measures like quantitative easing," Kganyago said.

In a statement on Tuesday night, Godongwana said it was "inaccurate" that quantitative easing was on the ANC agenda.

He also said there was no decision by the ANC to expand the mandate of the central bank.

Economists say although the ANC's financial heavyweights have weighed in, this might not be sufficient to counter negative perceptions.

Independent economist Thabi Leoka said Magashule's comments took the country back to the Zuma era where policy uncertainty and inconsistencies was the norm.

"He further confused the markets with his comment on quantitative easing, which implies, among other things, printing money," Leoka said.

"Changing the mandate of the Reserve Bank requires amending the constitution, which [Magashule] did not mention. This begs the question, does he actually understand the role of the SARB? If this is a sign of things to come, then SA is in trouble," she said.

"An official statement from the ANC on mandate change and quantitative easing that is not rebuffed by the president is sending a bad signal.

"This is a political fightback and an unholy alliance between rent extractors and the leftists which needs to be taken head on by the president," he said.

Montalto said it was clear Ramaphosa was not in control of ANC communications and that needed to be corrected.