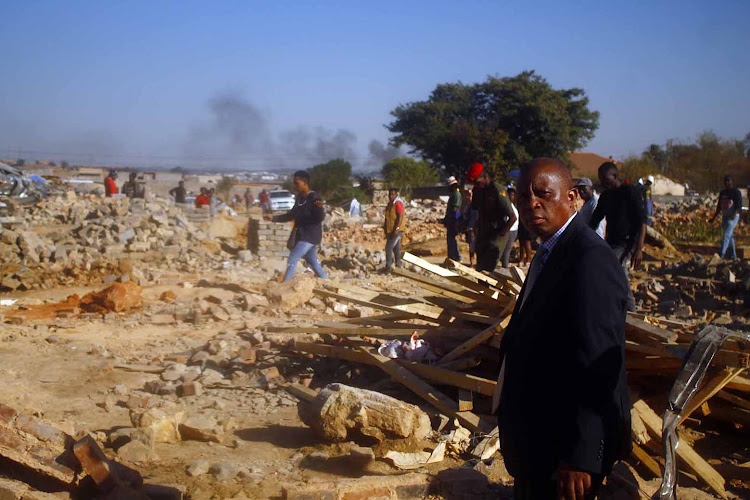 The Red Ants have identified the City of Johannesburg as the organisation they were acting on behalf when they demolished houses in Alexandra last week.

In a statement released by Red Ant Security Relocation and Eviction Services on Wednesday, the company said it was in possession of a court order obtained by the City of Johannesburg against “unlawful occupiers” dated September 7 2016. The company said it did not undertake eviction on its own but acts to help authorities.

“Red Ants only becomes involved once its services are requested and commissioned by a party that has obtained a court order, and in turn becomes involved in order to assist the sheriff of the court and police authorities. Red Ants only became involved in this matter when it was formally appointed by the City of Johannesburg as a service provider to counter land invasions, assist in relocating and eviction and the demolition of unlawful structures,” said the Red Ants’ chief operations officer Fuzile Balintulo.

Hundreds of people were left homeless last week when evictions were carried out in Alexandra. About 80 structures were reduced to rubble, apparently because they were built too close to the Jukskei River.

Johannesburg mayor Herman Mashaba warned on Monday that officials who agreed to the demolition of houses would face consequences.

Mashaba said he was left angry after finding out that the order used to carry out the evictions was obtained in September 2016. He then promised the community that the city would rebuild the destroyed structures within a month.

The ANC described the evictions as inhumane and blamed them on the EFF- and DA-run Joburg metro.

The ANC in Johannesburg has slammed mayor Herman Mashaba, accusing him of “promoting illegality” when he promised to rebuild around 80 homes in ...
News
3 years ago

The inquiry into alleged human rights violations in Johannesburg's Alexandra township is likely to hear on Wednesday exactly who authorised the ...
News
3 years ago

Liza Modiba's efforts to put a shelter over her grandchildren's head were reduced to a pile of rubble after evictions were carried out in Alexandra, ...
News
3 years ago
Next Article