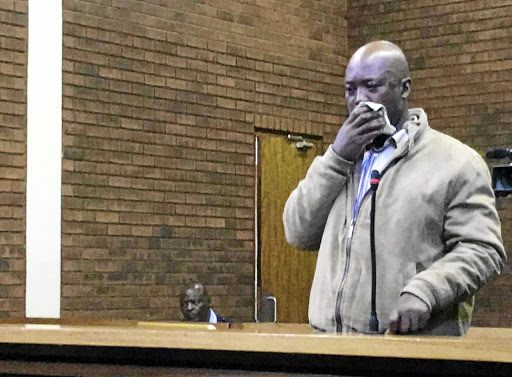 The trauma and guilt a father suffered after he accidentally shot and killed his son led him to walk away with a suspended sentence.

Emmanuel Tshabalala, 51, of Ennerdale, south of Johannesburg, pleaded guilty to murdering his son Luyanda and was handed a 10-year suspended sentence in the Lenasia magistrate's court yesterday.

Magistrate Maggie van der Merwe said the court's decision was based on the outcome of a social worker's report.

The report, which was read out in court by prosecutor Nerissa Muller, said direct imprisonment of Tshabalala would be futile as he was already living with the trauma and guilt of killing Luyanda.

"Mr Tshabalala's employer told me that he is a hard and respectful worker who goes over and above his expected duties. He is not aggressive nor is he violent in nature," Jabulile Mbanjwa said in her report.

She further said Tshabalala was the breadwinner to his family and incarceration would have dire consequences on his family.

A father who shot dead his teenage son outside school, believing he was a hijacker, has pleaded guilty to the murder.
News
3 years ago

"Mr Tshabalala is extremely remorseful and is weighed down by the guilt of killing his son . he is suffering from immense trauma that he will have to carry for the rest of his life.

"Sentencing him to direct imprisonment would be futile as no punishment can compare to the guilt he lives with."

Mbanjwa said Tshabalala was in a position to contribute positively to his family and that there was no need to remove him from society.

Despite an agreement already being in place prior to his court appearance, Muller argued that allowing Tshabalala to be set free would send the wrong message to society.

A father who shot dead his teenage son outside school‚ believing he was a hijacker‚ will soon know his fate.
News
3 years ago

"Many believe that the accused should not be held accountable because no father would kill his son. But a message has to be sent that there are consequences for discharging a firearm in public."

"He has a family to take care of and he is a dedicated father. He is truly remorseful."

She said Tshabalala was anything but a common criminal but a security guard, which she regarded as a noble profession.

"I could see the anguish when he first appeared. I can state as a fact that the guilt and regret . will be a burden he will carry for the rest of his life. And this almost renders whichever sentence handed by this court irrelevant."