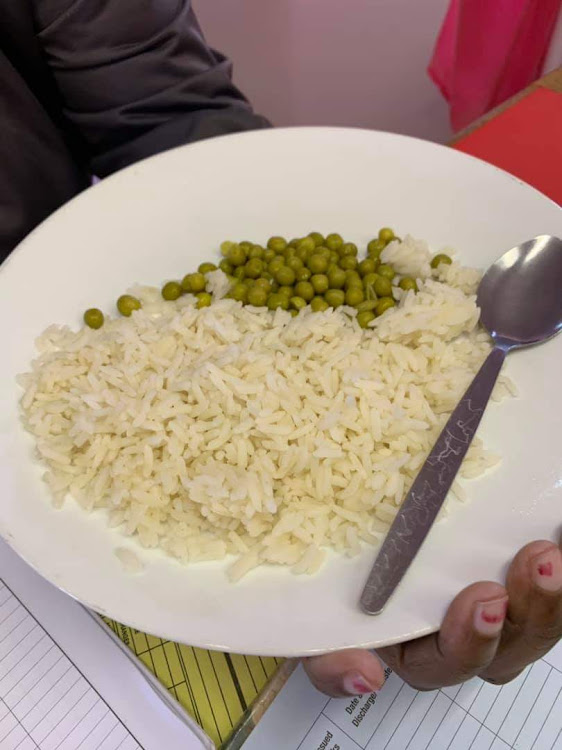 The Eastern Cape health department has opened an investigation after pictures surfaced on social media of plates of poor-looking food from the Cala and Hewu hospitals.

HeraldLIVE reports that first, a plate of dry, white rice, along with small, broken pink sausages, was photographed at Cala Hospital.

Then, a handful of green peas on a bed of rice was photographed at Hewu Hospital in Whittlesea.

Provincial health spokesperson Sizwe Kupelo apologised for the quality of the food.

“Following the circulation of the images over the weekend, the department contacted all hospital CEOs in the province, demanding pictures of the food being served to our patients.”

Kupelo said a report would be submitted by the hospitals on Wednesday.

He said the department had a provincial food plan that ensured patients received the correct nutrients appropriate for their clinical condition.

“The department will take decisive action against those who might be implicated in this gross violation of departmental food policy.”

I am horrified at the the dire situation in Cala Provincial Hospital in the Eastern Cape. The photo shows the recent...