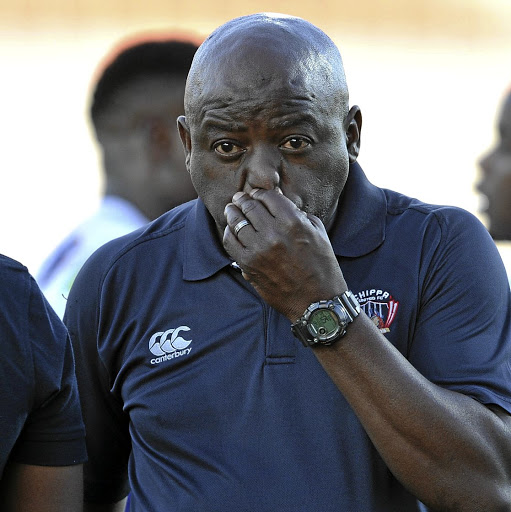 The department of international relations & cooperation says it is in the process of helping repatriate the remains of TS Galaxy coach Dan "Dance" Malesela's son for burial.

He had been working in the Middle East country.

International relations spokesperson Nelson Kgwete said government was aware of Katlego's death and had started the process of helping the family bring his remains back to South Africa.

"Our embassy in Kuwait will ensure that all relevant procedures are complied with in the process of repatriating the remains," Kgwete said.

News of Katlego's death was shared by TS Galaxy on Monday.

The 23-year-old Mbamba died in a car crash last week and was buried on Saturday in Nigel, Ekurhuleni.

Two days after laying to rest midfielder Thembinkosi Mbamba‚ TS Galaxy are in mourning again after the club announced the untimely death of head ...
Sport
2 years ago

A distraught Malesela told Sowetan yesterday that he hoped he would be able to see his son's body next week.

"I don't know who took this thing to social media. I am the one who is popular [in the media], he is not," Malesela said.

"I don't want to drag my son into my life. I would have appreciated if it was a private thing.

"My son is still in Kuwait. I'm just waiting for his body to be returned home, probably next week.

"I have stopped everything and said let's wait until he comes back. You can understand that I have not even identified him."

The former Orlando Pirates captain made history last month when he led lower division's TS Galaxy to victory over Kaizer Chiefs during a Nedbank Final in Durban.

But the 11-month old National First Division (NFD) side had to put its celebrations on ice as they mourned Mbamba.

Now the club has to focus on supporting its chief tactician as he mourns his son.

Hundreds of soccer fans continued singing outside the hall throughout the service. Mbamba died after being involved in a car accident last week ...
News
2 years ago

TS Galaxy midfielder Thembinkosi Mbamba will be laid to rest at the Nigel Cemetery (East Rand) in Duduza on Saturday‚ the club announced on Tuesday.
Sport
2 years ago
Next Article