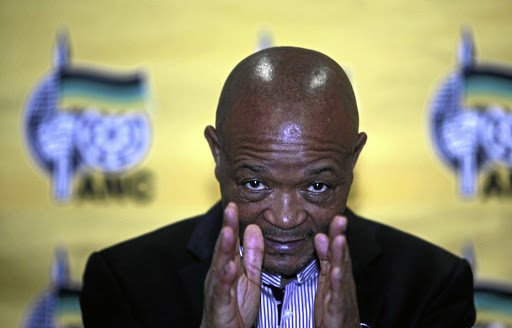 The 61-year-old KwaHlabisa-born politician says his immediate task is to seek innovative means of effectively providing services to the millions of South Africans who currently face tremendous uphill battles.

"I know there are challenges there but I have a bit of experience in public service and South Africa has established a fair policy on public service rules and regulations.

"I will be receiving a report on Tuesday of the current issues in the department as well as outstanding matters, including challenges. I see challenges there including new efforts to try and stabilise our public service," said Mchunu.

He was speaking to Sowetan on the sidelines of the ANC's national executive committee lekgotla on Friday.

An investigation by the Public Service Commission into former public service administration minister Faith Muthambi found that she flouted the ministerial handbook during her tenure by appointing over 30 officials in her office.

The full list of cabinet members
News
2 years ago

However, Mchunu said he would ensure that under his watch, appointments will be done within the confines of the law.

"You enforce them and make sure that whenever there's a need to appoint a public servant, it is in accordance with the spirit and letter of what it should be," he said.

The commission had warned that the inconsistency in organisational structures across ministries, gave the impression that some ministers were superior or more favoured than others.

Mchunu, who narrowly missed out on the ANC secretary-general position to Ace Magashule at its national conference in 2017, is a former teacher, KwaZulu-Natal MEC for education and premier.

In the run-up to the Nasrec conference, Mchunu threw his weight behind president Cyril Ramaphosa to succeed former president Jacob Zuma.

Cracks began to show in the KwaZulu-Natal camp when Mchunu was forced to step down as premier by a competing faction in 2016 that had preferred Nkosazana Dlamini-Zuma.

Mchunu said his support for Ramaphosa was based on the principle that has guided leadership succession in the ANC over many years.

Asked if he had addressed the manner in which he was unceremoniously removed as premier with the camp that was behind him being axed, the minister said that has not materialised.

"I have moved on, even though there were things that were never addressed with my life except that I do have a record that I can't remove that I was fired.

"In terms of being sore, I have no concern beyond the fact that it's a permanent record, but I am clear in my conscience because those are faults of human beings rather than actual reflection of reality," he said.

Mchunu, a newcomer in national government, is one of nine ministers who hail from KwaZulu-Natal. He holds a BA degree from Unisa, with majors in education and international relations, among other qualifications.

'I wasn't appointed minister 'cause I pushed for Jacob Zuma's demise," says Lamola

SA’s new cabinet ministers and their deputies for the sixth democratic administration were officially sworn in by Chief Justice Mogoeng Mogoeng ...
News
2 years ago

President Cyril Ramaphosa has announced a new, lean cabinet, ditching those linked to state capture.
News
2 years ago
Next Article