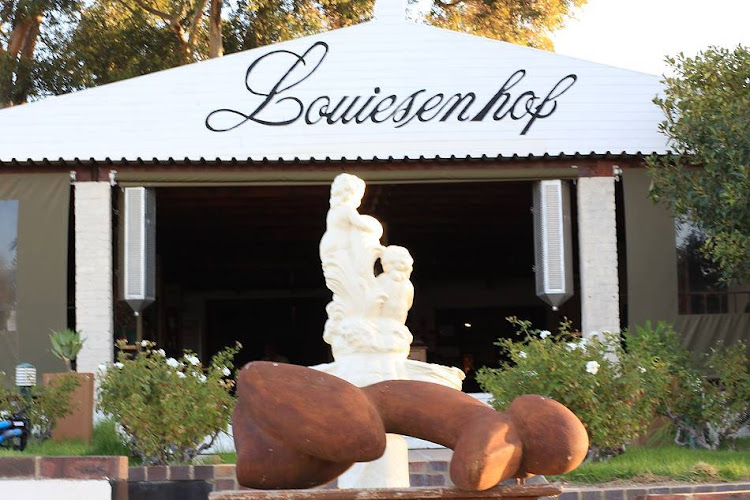 The wine farmer who was murdered on Sunday evening had just settled a bitter dispute over 60 hectares of land which was occupied last year in Stellenbosch.

The land invasion resulted in the formation of the Azania informal settlement on the doorstep of the Louisenhof wine estate in 2018 and received international media coverage.

The leader of the land grab, Madisi Wanana, on Monday condemned the murder of Stefan Smit, 62, calling it senseless and criminal.

"There was no reason to do this. Why did this need to happen? He no longer owned the land," said Wanana.

Smit was shot dead in what police described as a house robbery on Sunday evening while having dinner with his wife and a visitor from Switzerland.

Four men entered the house through a door that was open, according to a friend of the Swiss visitor, whom the Sunday Times spoke with outside the farm's entrance, about three kilometres outside Stellenbosch, just off the R44.

"I spoke with [the Swiss lady] and she said they tied their hands behind their backs with plastic, I think it was cable ties," she said.

The farm was closed to the public and police vehicles were parked in the driveway of the farm house, which is perched against a hill at the end of a lane flanked by trees.

"They were all wearing balaclavas. They [the victims] ... weren't allowed to look at each other. Then she just heard three shots. They shot him in the back. She was waiting for the next shot to be for her," said the friend, who lives nearby.

Abrahams says the EFF’s attacks on the 1956 Riotous Assemblies Act is “baseless” since the law has “long since been stripped of its apartheid-era ...
News
3 years ago

She said they then beat up the Swiss visitor, took her Swiss watch and R1,000 in cash that was in her handbag but did not take her jewellery.

Police spokesperson Lt-Col Andrè Traut said the attack had happened at around 7pm.

"Four armed suspects entered the victim’s house through an unlocked door and shot and killed him," he said.

"His wife and a family friend, who were present at the time of the incident, both survived the attack. The suspects fled with personal belongings and are yet to be arrested," he said.

Smit's land, which straddles the Khayamandi township, became the target of a land invasion drama in 2018 when 1,200 shacks were erected on his property.

Since then he had been in negotiations with the municipality, which wanted to buy the parcel of land from him.

The negotiations were resolved last week when the municipality informed Manana and the community that they had purchased the land.

"People are linking this to the land dispute. Our issue was resolved. This matter is very serious and very sad. Who is going to look after his family?" asked Manana.