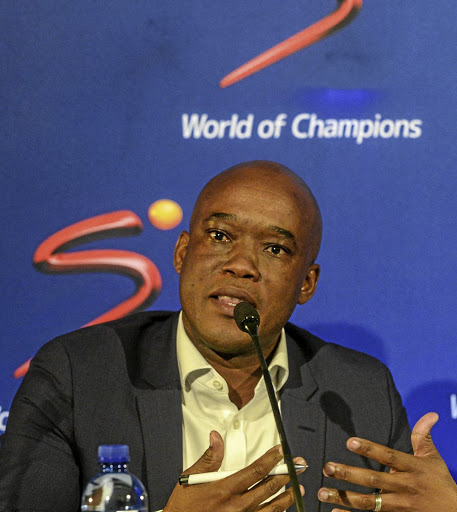 MultiChoice CEO Calvo Mawela says the accusations against senior managers have not been brought to his attention.
Image: Sydney Seshibedi/ Gallo Image

MultiChoice CEO Calvo Mawela has spoken out for the first time about allegations of sexual harassment at the company's subsidiary SuperSport.

Mawela broke the silence yesterday, saying the accusations levelled against senior managers at the pay-TV sports broadcaster had not been brought to his attention. The sports broadcaster has faced a backlash from the public in recent weeks and was accused of covering up allegations of sexual advances by senior bosses against young female employees.

The allegations emerged as the fallout between SuperSport and its former presenter Robert Marawa intensified on social media.

Marawa was sacked two weeks ago and soon after the allegations of sexual harassment surfaced.

Mawela, however, said nobody has come forward to report any sexual case and that they had only seen the accusations on social media.

"I will never tolerate sexual harassment and I will act decisively on anybody who is found to be taking advantage of vulnerable women," Mawela said at the relaunch of the MultiChoice Diski Challenge with the Premier Soccer League in Parktown, Johannesburg, yesterday.

"Where there are instances of sexual harassment and they come to my attention, we deal with it.

SuperSport has denied allegations that popular sportscaster Robert Marawa was fired over an alleged attempt to expose sexual harassment at the ...
News
2 years ago

"These are allegations we have heard and seen everywhere, but we have never had anything come to the company."

A former employee, Mmaphuti Mashamaite, who claimed to have laid an official complaint against her former boss at the company, took to social media labelling her boss a "sexual predator".

Mashamaite's tweets two weeks ago coincided with the firing of Marawa.

"What did I just read? I was painted as a loose goose, wild child... just to cover for a sexual predator at work. I had three mental breakdowns soon after. I got less bookings. I couldn't talk. I can't talk still..." she tweeted.

Mawela insisted that the firing of Marawa had nothing to do with sexual harassment allegations.

Robert Marawa receives major support after being sacked by SuperSport

Thousands of Robert Marawa followers and sports lovers have expressed their support for the sportscaster after he was sacked by SuperSport.
Sport
2 years ago

Popular radio and television sports presenter Robert Marawa has been fired by SuperSport. This was confirmed last night by the channel’s ...
News
2 years ago
Next Article