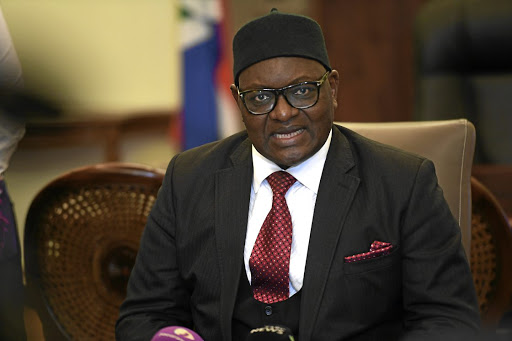 Gauteng Premier David Makhura has promoted Panyaza Lesufi, making him the finance MEC, after Lesufi's successful tenure at the Department of Education.

Makhura announced his cabinet through a statement on Wednesday morning and has retained some of the old members, while also appointing new faces.

The new faces unveiled are former Tshwane mayor Dr Kgosientsho Ramokgopa who will serve as MEC for Economic Development, Agriculture and Environment, Tasneem Motara who was at the NCOP, who will take over as MEC for Infrastructure Development and Property Management.

Student activist, Mbali Hlophe, who until now was working in the office of ANC secretary general Ace Magashule, will be sworn in as MEC for Sport, Arts, Culture and Recreation, replacing Faith Mazibuko.

Dr Bandile Masuku, who is experienced in the medical fraternity, was appointed as the MEC for Health.

Meanwhile, Nomantu Nkomo-Ralehoko, who is currently ANC deputy secretary in the province will take over Lesufi's previous role as MEC for Education.

Thuliswa Nkabinde-Khawe a former official at Sanco, takes over as MEC for social development.

Makhura's biggest headache lies with adhering to the ANC party's policy of 60% of the executive council members (exco) being women.
News
2 years ago

The old faces retained are Mazibuko, who has been moved to the Community Safety portfolio, a position she previously held, Public Transport and road infrastructure MEC Jacob Mamabolo, Lebogang Maile, who will now take care of the human settlement portfolio, as well as Lesufi.

While Makhura took his time to make the announcement, Sowetan understands that Parks Tau is headed for national cabinet.

Tau is the Gauteng ANC treasurer and his appointment was expected.

"Since assuming office as Premier of Gauteng exactly a week ago and having clearly understood the new mandate given to the 6th Administration, I have given serious thought about the women and men who would constitute the new Executive Council,” Makhura said.

He said the newly-appointed MECs will put the interest of the people first and meet the highest ethical and service delivery standards in the conduct of their work.