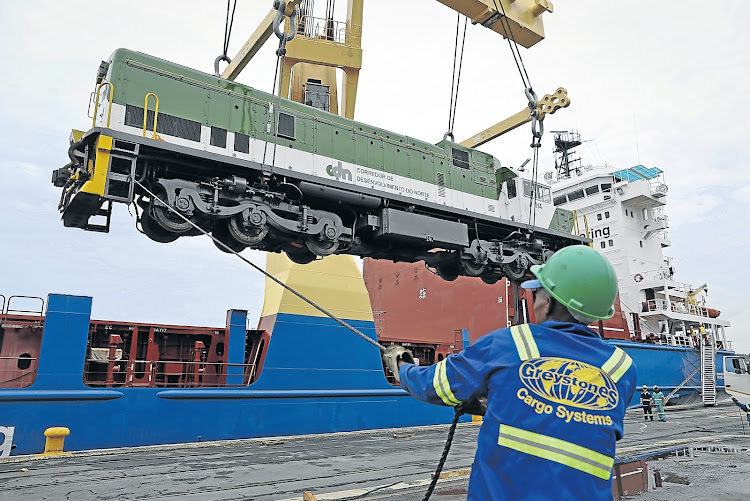 Transnet National Ports Authority's workers are preparing to head on strike after failing to reach an agreement with the employer.
Image: STEPHANIE LLOYD

A looming strike by members of the South African Transport and Allied Workers' Union (Satawu) is set to hit the Transnet National Ports Authority (TNPA).

The union said in a statement on Tuesday that the issue revolved around the discrepancy in salaries between black and white staff - including marine pilots, tug masters and chief marine engineering officers. White mariners allegedly draw higher salaries than their black counterparts, even when they have less experience.

Satawu said it served the strike notice to TNPA on Monday after the Commission for Conciliation, Mediation and Arbitration (CCMA) granted permission to strike in April.

"Following the granting of the strike certificate, TNPA called on Satawu to put off the industrial action, saying it wanted to negotiate.

Dozens of truck drivers have had their salaries cut by thousands after their employers allegedly dumped them onto a labour broker.
News
2 years ago

"The parties held two robust meetings but could not reach a satisfactory agreement, despite the company admitting to pay discrepancies across all divisions.

"Satawu then requested that a neutral third party be commissioned to conduct an investigation and make recommendations on how the issue should be handled, but management declined the request.

"On consulting affected members, Satawu received a strong mandate to embark on a strike," said the union.

Satawu spokesperson Zanele Sabela told SowetanLIVE that they were advocating for employees to be paid fairly and equally.

"The 48-hour notice expires on Wednesday at 6pm. If an amicable solution is not found, members are set to down tools at 6am on Thursday in a strike that will see a total shutdown of the country’s ports," she warned.

She emphasised that while only 130 TNPA workers were preparing to embark on strike action, the impact would be detrimental to both Transnet and the South African economy.

A protracted strike waged by the Association of Mineworkers and Construction Union might soon come to an end after the union's members agreed to ...
News
2 years ago

"Workers who will be striking include pilots who bring the ships from the ocean into the port and vice versa; tug masters who help pilots move the ships; and chief marine engineers who maintain the ships and operate the engines.

"The mariners' skill set is such that its withdrawal will result in a total shutdown at all ports as there will be no movement of vessels on the day," she said.

Satawu estimated that the potential loss due to the strike action could amount to billions of rands. "On average the mariners move three ships per two-hour interval at one port. These vessels ferry goods worth millions of rands. You can do the math and see how much this could potentially cost Transnet and the economy," said Sabela.

"If management does not come to the table meaningfully by June 3, Satawu will have no option but to elevate the action to a secondary level, where all its members at TNPA will down tools," said the union.

In an emailed response to SowetanLIVE, TNPA acting chief executive Nozipho Mdawe said: "We've assessed the impact of the strike action and have activated contingency measures through our business continuity plans. We will continuously update our customers and directly engage with them on shipping matters to ensure minimum disruption to port operations."