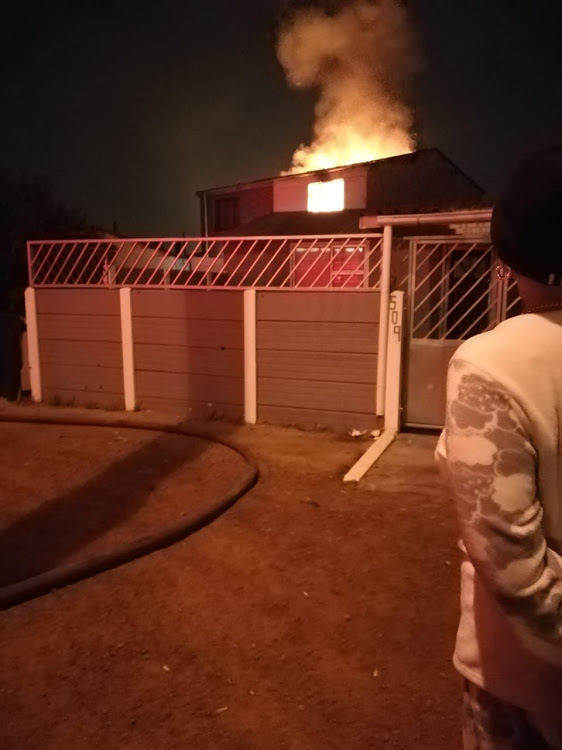 An woman died after a house caught fire in Bonteheuwel on Monday morning.
Image: Supplied

A woman died after a house caught fire in the early hours of Monday morning in Bonteheuwel, Cape Town, the city's fire and rescue services said.

Fire and rescue spokesperson Jermaine Carelse said they responded to the fire in Bonteheuwel Avenue at around 1.45am.

"Upon arrival it was confirmed that one person was still inside the dwelling. Fire fighting and search and rescue operations ensued simultaneously," he said.

A woman was confirmed dead. The fire was extinguished at 2.45am.

The cause of the fire was unknown.