In the "fleeting moment" she finally summited Everest, Saray Khumalo felt cold, struggled to think, but also knew she was "on top of the world and nothing is impossible".

Asked what she thought about when at the peak, she said she was very cold. "You have to wait a few days before you get warm." She also said: "It’s just knowing for that moment 'I am on top of the world' and 'nothing is impossible'."

This was her fourth attempt to summit the mountain and she succeeded on May 12.

"Everest for me represents unfinished business," she said, speaking of her numerous attempts. "Giving up is not an option."

Saray Khumalo, the first black African woman to reach the top of Mount Everest, arrived back at base camp on Saturday, two-and- a-half days after ...
News
3 years ago

One of the things that drove Khumalo was her fundraising. She has previously raised more than R1m for the Nelson Mandela Foundation for school libraries. For this journey, she was raising money for orphans to finish university through the Dr Thandi Ndlovu Foundation.

At the top of the world, she thought, "it’s just realising anything is possible that finally it has been done. Just realising a child is sitting somewhere in the dark … and may have a journey of hope to actually conquer their own Everest, whatever their Everest is".

With her at the media conference was team exhibition leader from Ireland Noel Hanna, who has summited Everest nine times.

She said Hanna kept telling her to remove her oxygen mask for her photo on the summit, so that people could see her face.

"People keep asking me is that really you?" Khumalo said of the photo in which her face cannot be seen under the mask and glasses.

"That is me. I wasn’t going to remove the oxygen mask."

Khumalo said the reason she thinks she made it to the top this time was "because God made a way. It was the right time. It is his time."

At the top, Khumalo realised she still had to descend, the most dangerous part of the climb. "Suddenly you realise Noel's voice at back of mind that the summit is only halfway to getting there." 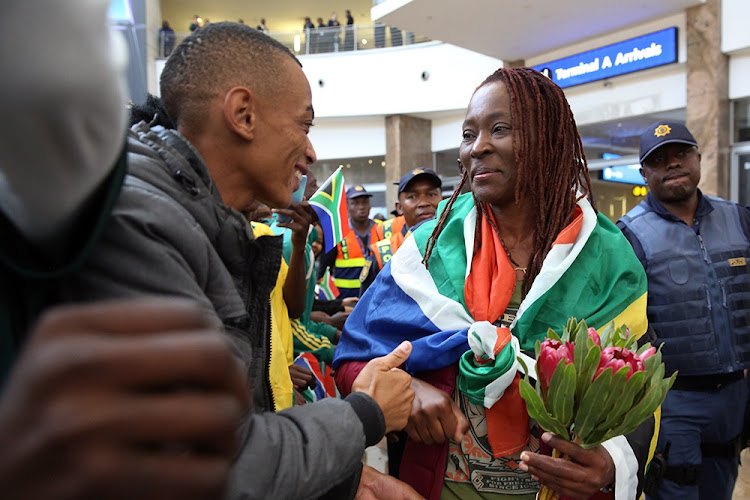 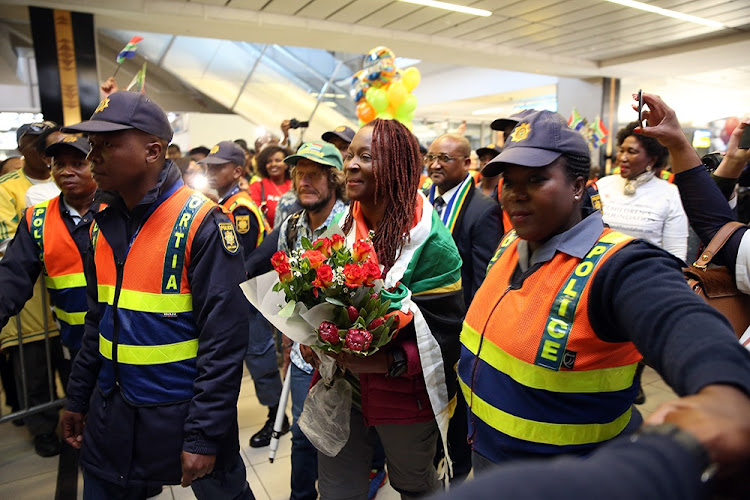 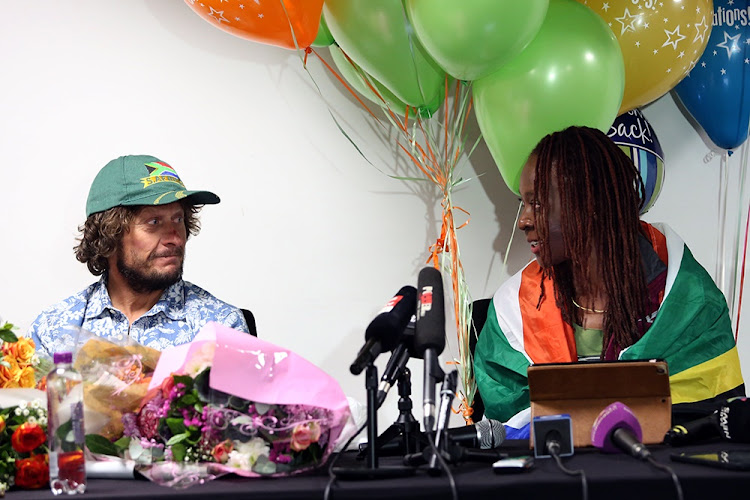 Hanna said he was thinking about how Irish team member Seamus Lawless died on the descent. He fell from an 8,300m part of the mountain high called the Balcony.

"Coming back down, Seamus was strongest of the three, and he was with the lead Sherpa. We all left the Balcony together. Seamus went down with the Sherpa."

"About 200m from camp 4, the Sherpa said Seamus urgently needed the toilet.

"They think he let go of his rope to go to the toilet. And we think he clipped off the rope."

When they were descending, the wind was "really, really gusty" and then it became still.

"We think he just clipped out of the rope at the wrong time. He was taken out over the side. It was just an unfortunate accident."

Hanna searched for Lawless's body but he and the Sherpas could not find it.

Khumalo said she cried and didn't stop even after reaching camp.

There have been ten deaths on Everest this year. Analysts have put it down to too many people waiting to summit the mountain, inexperienced climbers and certain support companies not being up to scratch.

Hanna said that some climbers rely too much on the Sherpas. "If something happens to your Sherpa and the Sherpa gets sick, does that mean you can sit on the on top and die? The Sherpas are only human. If their lives are at risk, they're gonna leave you."

Khumalo thanked her supporters, who crowded around her for selfies, but did not give interviews.