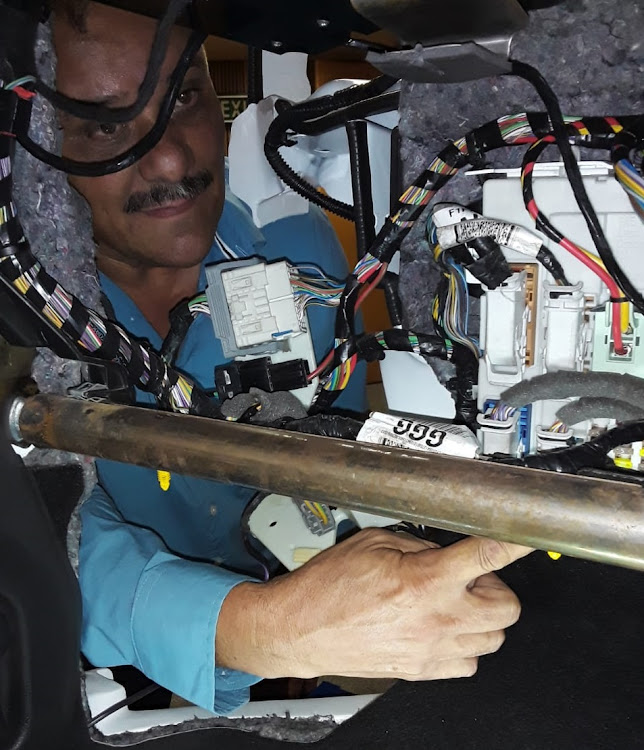 Hendrik McLeod said there was no way that John Loud, a "principal engineer" for Exponent Incorporated, could have reached the conclusion that the fire - which lead to Reshall Jimmy's death - could have started at the back of his vehicle.

Loud was not able to attend court on Thursday last week, when advocate Gerrie Nel was expected to start cross-examining him. This was after Loud testified for three days on the findings of the investigation he conducted for the inquest into Jimmy's death in December 2015.

Nel started his cross-examination of McLeod by citing documents from a court case in Texas, where the applicants pointed out that Ford had paid Exponent about R1.4bn between 1999 and 2011 for its services.

According to the records, in about 500 lawsuits where Exponent conducted investigations on behalf of Ford, they never once made a conclusive finding about the cause of a vehicle fire.

Loud's report also ended with no conclusion as to what caused the fire, although it introduced several possible sources of ignition - none of which pointed to a fault in the Kuga.

Jimmy's car burst into flames while he was on holiday in Wilderness in the Western Cape - an incident that was the first of 80 fires involving Ford Kuga SUVs in SA.

Despite three expert reports indicating that the fire started as a result of an electrical short circuit in wiring behind the dashboard, a decision was taken by the National Prosecuting Authority (NPA) not to prosecute Ford.

Nel and his team of private prosecutors, on behalf of the Jimmy family, are laying bare in the Cape Town high court what they claim is a cover-up by the motoring giant, which is denying the fire was caused by a fault in its car.

'His car was on fire, so why didn't he get out?' asks Ford Kuga inquest judge

Judge Robert Hennie popped the long-awaited question on Tuesday: "If the person was not incapacitated, why didn't they get out of the a burning ...
News
2 years ago

McLeod, who has 40 years of experience, disputed Loud's assertions that several "ignition sources" found under layers of melted plastic could have caused the fire.

According to him, an electrical short circuit in high-current wiring behind the dashboard in front of the passenger front seat caused arcing that exceeds 700°C, which would have lead to the plastic insulation melting.

He said smoke and toxic gasses would have filled up the car. But the actual combustion or explosion, which would eventually engulf the car in flames, happened when oxygen entered the passenger compartment through melted PVC vents.

Loud, on the other hand, said the fire could have been caused by a Bic braai lighter found under layers of plastic, a cellphone or a vaping device. He also argued that the fire did not start at the front of the passenger seat footwell, suggesting instead that it may have started at the back left-hand side of the vehicle.

"To say the fire started at the back of the vehicle is highly contradictory to NFPA 921," said McLeod in response to Loud's claim.

NFPA 921 is an American protocol universally recognised and followed by fire investigators around the world. Ford's defence team previously claimed that other fire experts in the investigation did not properly adhere to this standard.