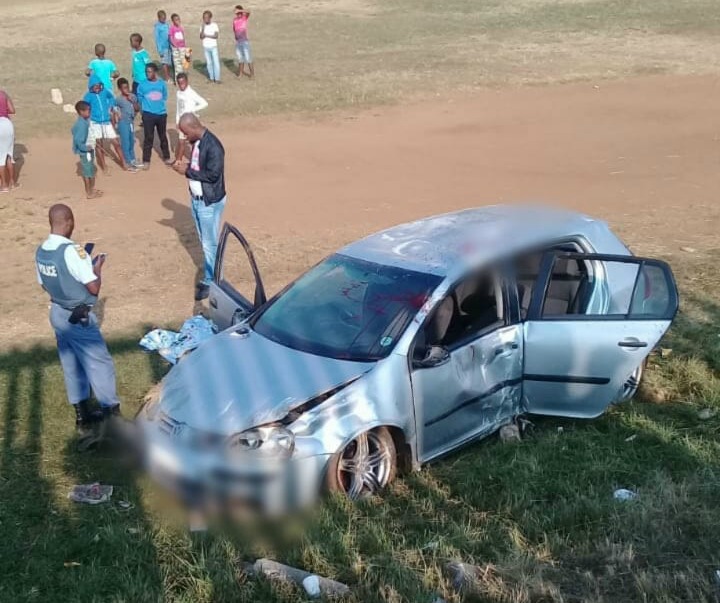 The scene of the accident which occurred outside Durban on Saturday
Image: Rescue Care

A motorist was killed when he lost control of his vehicle and ploughed into two children north of Durban on Saturday.

Rescue Care spokesman Garrith Jamieson said the incident occurred in the vicinity of Dube Village, near Inanda at about 830am.

"Paramedics found that the driver of the car somehow lost control, colliding into two children, both boys, aged six and eight.

"Unfortunately the driver of the vehicle sustained major injuries and there was nothing more paramedics could do for him.

"He was declared deceased on the scene."

Jamieson said the children suffered "moderate injuries" and were stabilised at the scene before being transported to hospital.

Police are investigating the incident.

The national department of transport and the newly formed Capitalist Party of South Africa (ZACP) have at least one thing in common: both want the ...
News
3 years ago

The details of the 23 year old's passing were not immediately available at the time of publication, but reports are that Mbamba died in a car ...
News
3 years ago
Next Article