Prayer a recipe for grandmother who is turning 100 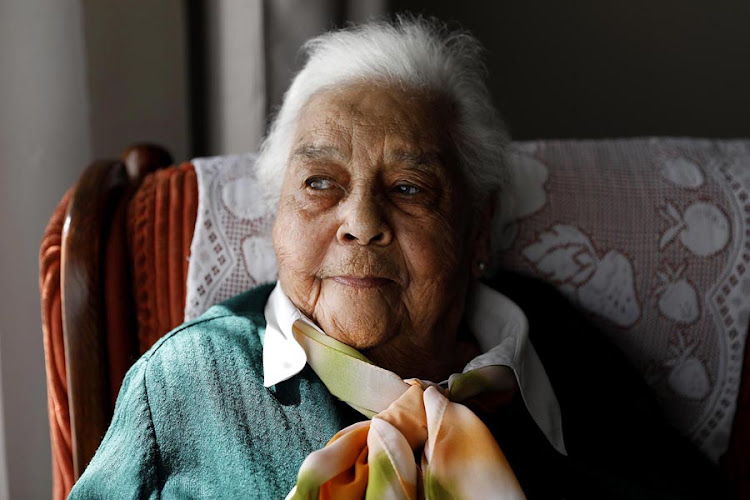 Violet Smith, who is turning 100 years old in a few days, poses for a portrait in her Johannesburg home.
Image: ALON SKUY

"I pray to God every time," Violet Smith, a grandmother of 10 who will turn 100 on Wednesday, said as she described her secret to reaching the milestone.

Smith was born in Mount Ayliff in the Eastern Cape to an English father, William Harper, who came to South Africa to fight in the first World War, and Mary Khumalo. She was the third of five children.

She said her father had three other wives.

“My granny, her mommy, was the first wife. He met my second granny, whose father was a priest. There were four in all,” Smith’s oldest daughter, Lillian, 70, said.

Smith described her early years at St Cuthberts mission school in Tsolo, which she attended until standard six. She then went to Durban to work for a Jewish family.

It was during the second World War that she met her husband, Archibald Smith.

After staying in Durban for a while, the family moved to Ladysmith, where Smith’s father had passed away.

The family then moved to Mt Ayliff, before settling in Johannesburg in 1960. There, the family stayed in Noordgesig, before moving to Newclare in the late 1960s.

Her niece, Cynthia Harper, who, with her brother Tony, was adopted by Smith following Cynthia’s father’s death, described her aunt as a passionate dressmaker while they stayed in Noordgesig.

"She was a dressmaker and sewed for the whole community. On Christmas Day, we all looked the same, just different colours.

"Everybody of the same age had the same pattern, and then, after Christmas, we had to go collect the money and then they would say, 'I don’t have money now'."

Smith said others promised to pay her, but they did not.

"That is my mother. She has a good heart. She was good to everybody. She has always been like this. She had four children, but she probably raised 40 more," her daughter, Isabel, 63, said. 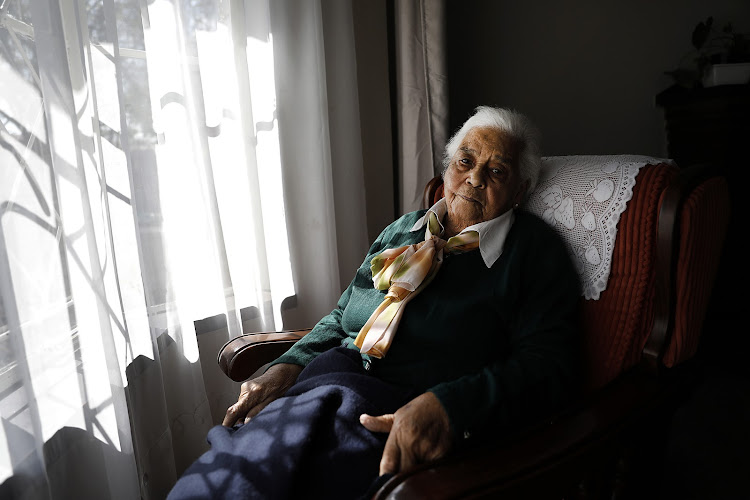 Cynthia said when her aunt moved to Johannesburg, people who knew her from Durban, Ladysmith and Mt Ayliff would be offered accommodation if they didn't have any.

"Anybody was welcome until such time they could get onto their feet. She looked after me and my brother. Before me it was my dad," Cynthia said.

Smith described how she took care of four children after their parents died in Noordgesig in the early 1960s.

"Some of them were from my neighbour when I lived in Noordgesig, She had four children and she died.

"And then, a month after that, her husband was bitten by a dog and he took no notice until his leg was swollen. His leg was amputated and he died," Smith said.

Smith looked after the four children for a while.

"I went to a priest and told him I would love to take these four children, but I cannot because I only have four rooms in my house. He put them in the (foster care) home. To this day, the children come and visit," Smith said.

Lillian said when her mother was in Durban, she had a shop where people bought groceries on credit.

"At the end of the month, some paid, some did not pay. That shop ran on love," said Cynthia.

Isabel said her family had planned a big celebration for Smith on June 8.

It could not happen this month as some of her family members are fasting for Ramadan.

"(People) will be coming, from Matatiele, from Mt Ayliff, from Kokstad, from Pietermaritzburg, Durban and Cape Town," Isabel said.