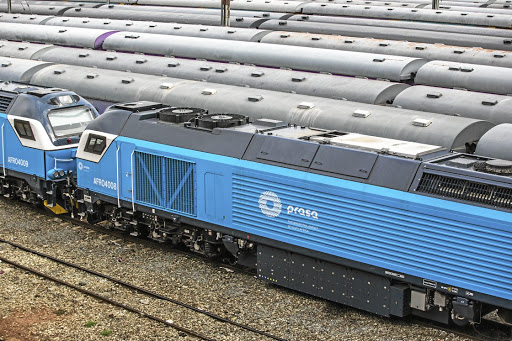 A senior executive at the Passenger Rail Agency of SA has been suspended and charged with corruption. while two others have been placed on special leave.

This follows ongoing investigations into allegations of improper, irregular, corrupt, and fruitless as well as wasteful expenditure by various employees.

In a statement yesterday, Prasa said its chief strategy officer Dr Sipho Sithole had been placed on suspension.

Martha Ngoye, who is the agency's head of legal, risk and compliance and Tiro Holele, Prasa's executive in the office of the group CEO, have been placed on special leave.

"This decision follows the outcomes and ongoing investigations that have dogged Prasa of improper, irregular, corrupt, fruitless and wasteful expenditure by various employees of Prasa at all levels of the organisation," said the group.

"The suspension and placement on special leave of these executives is to ensure a fair process based on a principle of innocent until proven guilty."

The decision follows a number of senior staff members on special leave or suspension this year where the agency has lost millions in the form of irregular expenditure and allegations of corruption.

In late April, it terminated Mohube's contract after he was found guilty on a number of charges.

President Cyril Ramaphosa was one of the first people to travel in a new commuter train - the first of its kind to be built in South Africa - when he ...
News
2 years ago

But I'm not betting on my last six pack that he'll return to fix the mess after polls.
Lifestyle
2 years ago

ANC president Cyril Ramaphosa on Monday lamented the crisis in train services in the country, saying that Passenger Rail Agency of SA (Prasa) must ...
News
2 years ago
Next Article