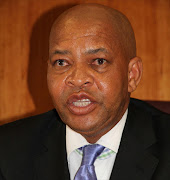 Image: ELIJAR MUSHIANA Former acting executive mayor of the Vhembe district Mavhungu Luruli- Ramakhanya is the new speaker of the provincial legislature. She is one of the six women appointed by Limpopo premier Stanley Mathabatha's cabinet.

The Limpopo provincial cabinet was announced shortly after the swearing-in of members of the provincial legislature at the Lebowakgomo legislative chambers.

Luruli-Ramakhanya will be deputised by Jerry Ndou.

Polly Boshielo is the new MEC for education, former executive mayor of the Mopani district municipality Nkakareng Rakgoale is new MEC for social development, while Monicca Mochadi is the MEC for public works, roads and infrastructure.

Other new faces include those of Thabo Mokone, who is an ANC's PEC member.

Seaparo Sekoati, who for two previous terms headed the department of economic development, environment and tourism as MEC, is now going to be provincial treasury.

Thandi Moraka and Phophi Ramathuba retained their positions as MECs for sports, arts and culture, and health respectively. Baiskop Makamu moves from the department of agriculture to head local government, while Namane Dickson Masemola returned from oblivion to take charge of the department of transport.

Meanwhile, in KwaZulu-Natal, the appointment of Mluleki Ndobe as deputy speaker in the legislature ruffled feathers.

The provincial legislature sat and elected Sihle Zikalala as premier, as well as speakers and new MPLs.

Zikalala hailed his election as a responsibility to serve the people of the province, rather than a position. Zikalala pledged that he would not disappoint the people.

Zikalala, who takes over from Willies Mchunu, also called on various political parties in the legislature to work together.

"We're coming from different political parties. We must accept each other as the credible and collective voice for the people of KwaZulu-Natal." - Additional reporting by Bongani Mthethwa