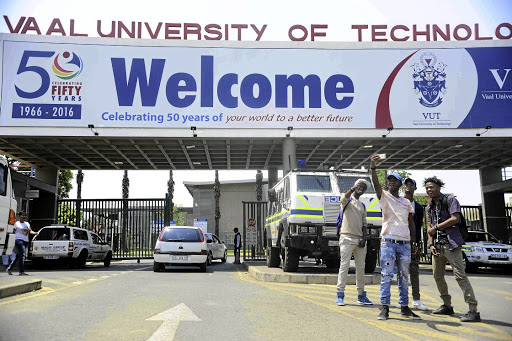 Acoording to Vaal University of Technology staff, R34m was used to renovate residences without approval./Thulani Mbele

Concerned staff at the troubled Vaal University of Technology have called for the public release of a forensic investigation report into the affairs of the institution.

The investigation conducted last year by SizweNtsalubaGobodo was initiated to look into allegations of irregular payments, mismanagement and abuse of power.

Last week, higher education and training minister Naledi Pandor appointed an independent assessor to look into the problems at the university.

"We are excited as concerned staff that the minister listened to our cries. The assessor must act swiftly against those in council that have been blocking the investigation," read a letter from staff.

The allegations included that senior managers at the institution had failed to follow proper procurement procedures in awarding contracts.

Minister of higher education Naledi Pandor has had enough of the "serious governance and management challenges" at Vaal University of Technology.
News
2 years ago

According to staff, VUT spent R34m on refurbishing residences without approval. The money was apparently from the department of higher education, but intended for other purposes.

The university's vice-chancellor and principal Gordon Zide, who has been accused by some staff members of misuse of funds, said he commissioned a lifestyle audit of every member of the executive council.

"There are people who are hellbent on destroying my name and my image. How could I have requested the council in 2017 to conduct a forensic investigation if I knew I was implicated?"

Pandor has appointed professor Barney Pityana assisted by professor Rocky Ralebipi-Simela to conduct a detailed analysis of and provide a report on the various allegations and counter allegations that have been made by stakeholders at the university between last year and this year.

VUT spokesperson Mike Khuboni said the appointment of the independent assessor will assist management to investigate the allegations and put them to finality.

Lecturers, cleaners and security guards are on strike at the Vaal University of Technology (VUT), bringing operations to a standstill and leaving its ...
News
2 years ago