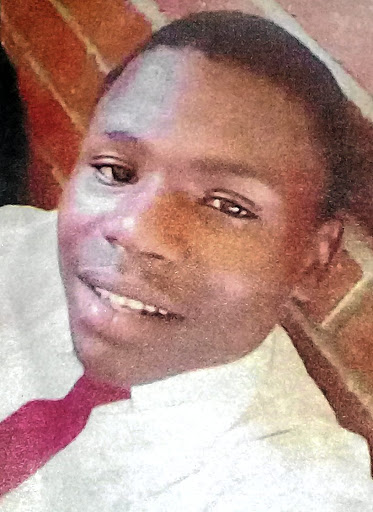 Pupil Sanele Mthiyane is one of the four family members massacred last week.

A two-year-old baby and a grade 12 pupil were among four family members killed in an ongoing deadly feud over tenders on the KwaZulu-Natal north coast region last week.

This brings to six the number of reported deaths since the beginning of the month.

Lungani Biyela, 25, and 30-year-old Bheki Ntuli were also killed during the attack.

The assailants also torched the house with the family still inside. Two family members survived the incident because they were at work when the attack unfolded on May 17.

Many villagers have since fled the area as the conflict apparently triggered by a feud over oil tenders awarded by giant mineral producer Richards Bay Minerals (RBM).

The provincial department of community safety said it would send psychologists to visit the grieving family.

"This is a very painful period for the family [after] losing four people under these circumstances. Psychologists have been arranged to assist the family in dealing with the trauma.

If Nelson Mandela was still alive he would have called for unity and end to a spate of political killings that have ravaged in KwaZulu-Natal.
News
4 years ago

"We are also condemning these barbaric acts of slaughtering innocent people. Together with the police, we will ensure that the perpetrators do not go unpunished," said department spokesperson Mluleki Mntungwa.

He said a special police team has been assembled to track down the killers. They include crime intelligence and ballistic experts.

"We hope that this task team of crime experts will help us in ending these violent and inhumane killings of the people by arresting and successfully prosecuting the masterminds behind the murders," said Mntungwa.

Business persons Tholinhlanhla Meshack Makhanya, 32, and Justice Ngwane, 36, who are also relatives, are alleged to have been key movers in unleashing a reign of terror in the village, leading to the deaths of many villagers.

The Chamber of Mines on Monday called for an urgent investigation into the possible motive behind the murder of a senior Richards Bay Minerals (RBM) ...
News
5 years ago

Police said since March 2016, about 25 people have been killed when the conflict erupted in KwaMadondo and eNhlawe villages, with five being murdered last month.

Mvuseni Mkhwanazi, a community leader, said the bloodbath was triggered by a multibillion-rand oil project proposed in the village.

"This village has not enjoyed peace. The killings started after Ngwane and Makhanya were removed from a local committee of the emerging contractors. They were suspected of being involved in corruption. Shortly after that, community activists who wanted the entire community to benefit were targeted and killed. The killing spilt over to other ordinary people of the community," said Mkhwanazi.

Ngwane and Makhanya are out on bail and are due back in court next month.

RBM spokesperson Zanele Zungu said the company was aware of the killings but they knew nothing about the alleged pending oil project.

"We are not aware of any proposed oil project in the area. In all of our projects we ensure that the community and the traditional leadership are sufficiently consulted to avoid any clashes. Projects are meant to develop the community and provide jobs, they should not result in deaths."

A report by Public Protector Busisiwe Mkhwebane has found that the failure of SAPS to provide protection to whistleblowers was grossly negligent.
News
3 years ago
Next Article