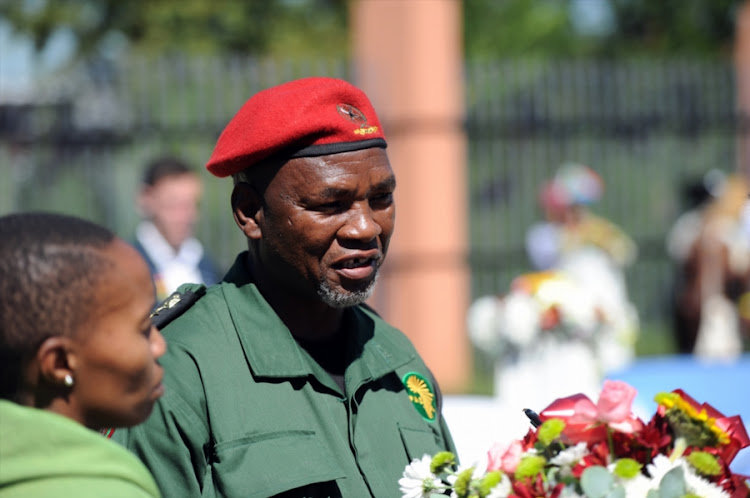 Kenny Motsamai is a former military commander of the Azanian People’s Liberation Army (Apla) who spent 28 years in jail for killing a white traffic officer. He was sworn in as a member of the NCOP yesterday. File photo
Image: Gallo Images / Beeld / Felix Dlangamandla

There was a heart-stopping moment in the National Council of Provinces on Thursday morning – with both MP candidates and guests in the gallery holding their collective breath - as chief justice Mogoeng Mogoeng began the proceedings by citing a constitutional requirement that prohibits a convicted criminal from becoming an MP.

Mogoeng, without naming names, cited section 106 of the constitution, which prohibits those who have been convicted of an offence and sentenced to more than a year in prison without the option of a fine from becoming MPs. But the provision is applicable only from the time the constitution took effect. And a disqualification ends five years after the sentence has been completed.

"One member who has to be sworn in or have an affirmation administered to was convicted and is on parole. I know that it has been a subject matter of debate elsewhere. I know it's a matter that was debated or discussed in the province from which he comes," began Mogoeng.

"The starting point says 'anyone who after this section took effect'. On the information at my disposal, the particular delegate was convicted in 1989 and the constitution took effect in 1996. So this section 106 (1)(e) seems not to exclude that delegate.

"There must be good reason why our constitution drafters decided to make this provision applicable only after the adoption of constitution. It is for that reason that I will be administering the oath or affirmation to that member, because my own understanding of the constitution is that 'after' means after," said Mogoeng to applause in the house.

The EFF’s Kenny Motsamai is a former military commander of the Azanian People’s Liberation Army (Apla) who spent 28 years in jail for killing a white traffic officer.

Apla was involved in an operation that included a robbery in Rustenburg, North West, that led to the death of the traffic officer in 1989. The court sentenced Motsamai to two life sentences later that year but he was released from Boksburg prison on parole last June.

Mogoeng said there was good reason the constitutional provision only became applicable after 1996. Motsamai was sworn in along with 53 other NCOP delegates. He did the vosho dance on his way to take the oath.

Amos Masondo (ANC) was elected as chairperson of the house and former Northern Cape premier Silvia Lucas as his deputy.

Just before administering the oath, Mogoeng reminded the new MPs it was important to observe and obey the constitution because it was the supreme law. In turn, MPs vowed to do their best for the people who elected them to the house and to uphold the constitution.