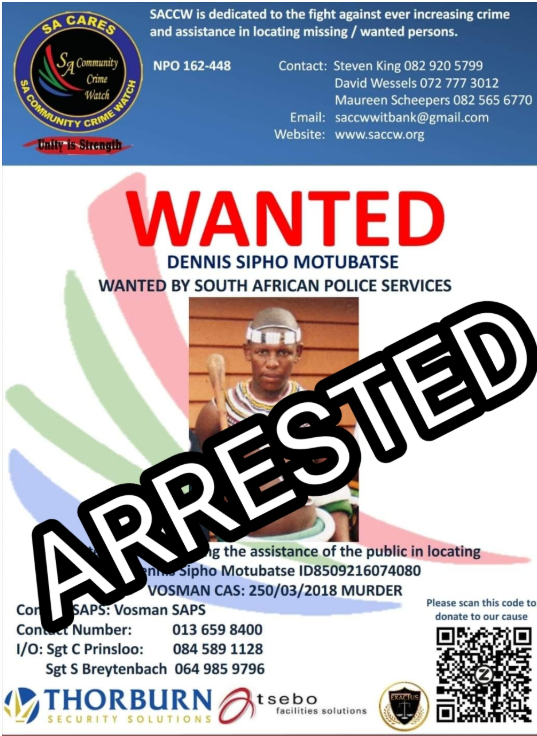 After months on the run, the main suspect in the killing of an elderly Witbank woman who was found beheaded and dismembered last year has been arrested, Mpumalanga police said on Wednesday.

Dennis Sipho Motubatse was arrested on Monday after community members from Vosman, in Witbank, spotted him and tipped off the police.

He was initially arrested on March 23 2018 and charged with murdering his employer, Aletha Maree, on February 28.

“A missing report of a 64-year-old woman was filed at Vosman police station. Police then launched an investigation, which pointed to Motubatse, who was working for the woman at the time of her disappearance,” said Sergeant Khomotso Maluleke.

Burial halted due to missing body parts
News
3 years ago

“He was then probed and subsequently pointed out a place where human body parts, allegedly of the woman, were found.”

Maree's dismembered body was found dumped in a mielie field. Motubatse and two other men, including a traditional healer, were found with some of her body parts. They are believed to have killed her as part of a muti murder.

One of his co-accused died in police custody shortly after the arrest. Police did not disclose details of the death, saying only that he had collapsed and died.