Trash piling up as protests hit service delivery in Joburg 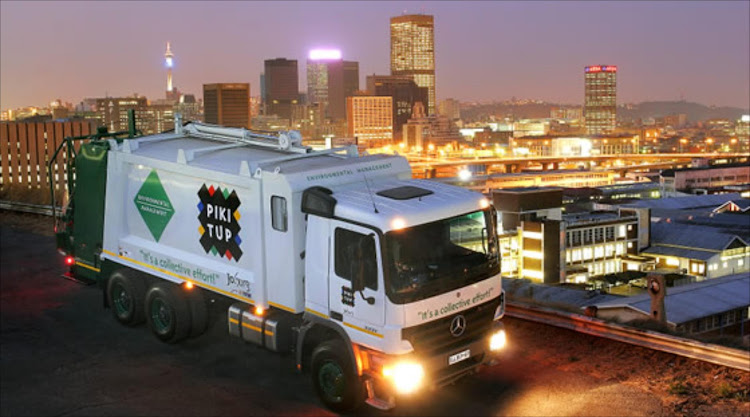 Pikitup workers were allegedly forced to empty a truck full of waste in the middle of Yeo Street, Yeoville.
Image: Times Media

Ongoing violent protests in the inner city of Johannesburg are affecting service delivery in Yeoville, Bellevue and Bellevue East.

"Unfortunately, refuse collection, street cleaning and the clearing of illegal dumping has not been rendered in these areas and the disruption of waste collection services has resulted in large quantities of waste being illegally dumped," De Jager said.

He claimed that in a recent incident, residents forced Pikitup workers to empty a truck full of waste into the middle of Yeo Street, Yeoville, next to the police station.

"The driver attempted to resist, but was threatened with violence," De Jager said.

"Over the past couple of days Pikitup employees have tried to service the area, but have been forced out after each attempt. Pikitup management therefore instructed service delivery to be temporarily halted, until it becomes safe to continue."

City of Joburg says Pikitup has cleaned up Alexandra

The City of Johannesburg said Pikitup workers had managed to collect all the rubbish that was piling up in Alexandra following service delivery ...
News
3 years ago

De Jager said Pikitup's Norwood Depot was in contact with the Johannesburg Metro Police to devise a plan to continue service delivery.

"Contingency measures are also in place to tackle the waste backlogs that have resulted, consequent to the ongoing violence.

"The contingency plan entails instituting double shifts, one in the morning and another in the afternoon, and using extra resources from Monday to Friday to tackle the waste backlogs. The plan will be implemented once peace and stability return to the affected areas."