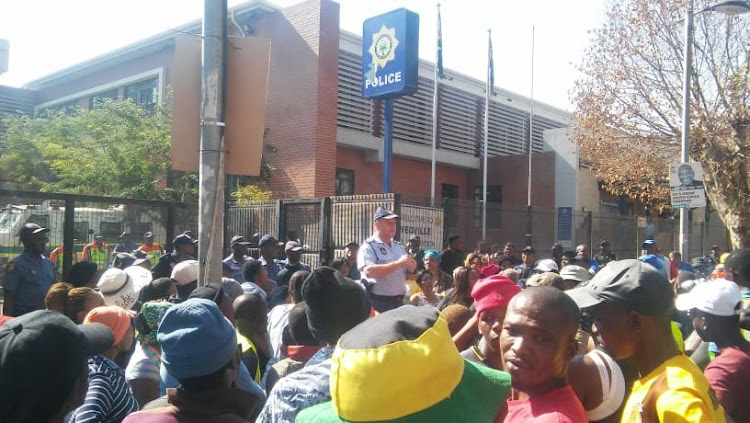 Protests erupted in Yeoville, Johannesburg on Tuesday after residents witnessed a man being killed allegedly by a police officer.

Sazi Ngubane was visiting the spot where his brother had died on Monday when the incident happened.

Witnesses told Sowetan that Ngubane, 32, visited the spot to fetch his brother's spirit. "He fired the shots in the air as per tradition and then got into the car," said one of the witnesses.

The police, who had arrived after shots were fired, spotted Ngubane in a car that was leaving the scene. Witnesses told Sowetan that Ngubane got out of the car and surrendered but one of the police officers allegedly opened fire at him. He was pronounced dead on the spot.

The incident angered the residents and they started forming in groups and marching to the police station to demand that the officer be fired. Colonel Kobus Lategan told the residents that the matter was being investigated by the independent police investigative directorate.

Farming community protests against planned coal mine in their area

Police have used rubber bullets to disperse angry residents protesting in Kwazenzele next to Springs on the East Rand on Monday.
News
3 years ago
Next Article