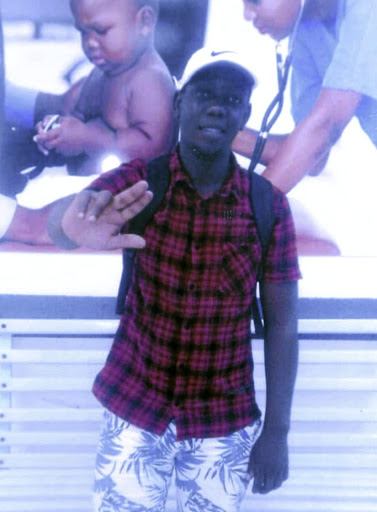 The family of two men - one of them killed when a police officer allegedly shot at them in his tavern - are calling for the death penalty for the cop.

Oscar Mkhabele, 23, from Makosha village, near Giyani, Limpopo, was killed after he allegedly reported an ongoing fight to the tavern employee, who later called the owner.

Mkhabele's brother Khulani, 26, was shot and injured. He is recovering at a provincial hospital in Polokwane.

Their uncle Khazamula Mkhabele, 69, said Modjadjiskloof-based police captain Dennis Ngunyule, 55, who is accused of shooting his nephews, should not be allowed back into any society.

"Our wish is that the man should be killed. It's a pity there is no longer a death penalty. He deserves a death penalty because he shot at my nephews without provocation.

"The police officer is trigger happy and he should be hanged or locked in jail forever. We had expected a lot from Oscar as a young person and now he was killed for nothing," Mkhabele said.

He said Oscar, a local taxi driver, had just knocked off from work and came home to fetch his brother to hang out in the village.

"They went to the police officer's tavern. While they were there, a woman came looking for her husband. Upon finding him, a fight broke out between the couple. Then Oscar approached the cashier to call the owner to quell the fight.

Mayhem as tavern is looted, cars torched after brothers shot by owner

Two brothers were shot at a Limpopo tavern by the alleged owner - a policeman - with his wife's gun.
News
3 years ago

"When the owner came out, he was raging with anger and he immediately reached for a spray in his pocket. He sprayed in Oscar's eyes and he then pulled his gun and shot him in the upper body."

Mkhabele said when Khulani approached Ngunyule to ask why he shot his brother, he also pumped a bullet into his body without hesitating.

Ngunyule briefly appeared in the Giyani magistrate's court for murder and attempted murder charges. His case was postponed to Monday.

A witness, who spoke on condition of anonymity, said the community looted and torched Ngunyule's tavern after the incident.

"After he shot the two siblings, the community became angry and destroyed everything because we believe he is a monster ... We don't want him back in the community," she said.

"A retired police officer who allegedly attempted to scare the crowd away by discharging his private firearm was assaulted and disarmed. He was also admitted at the hospital," Mojapelo said, adding that two police vehicles were also damaged.

At least eight community members were arrested for arson and public violence and are expected to appear in court today.