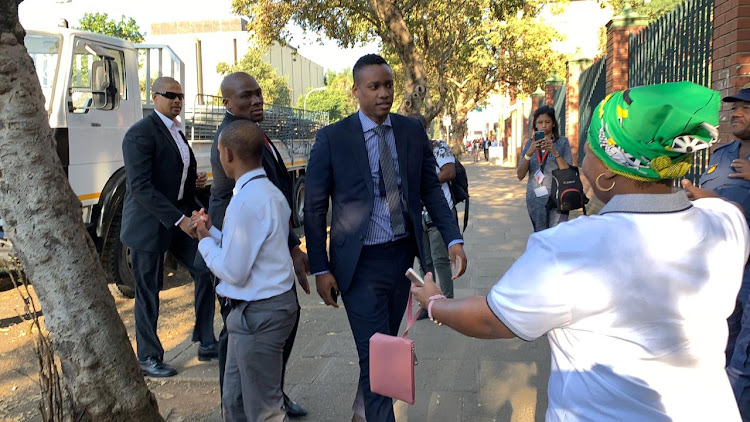 Security is tight at the Pietermaritzburg high court, with bodyguards at every entrance and exit ahead of former president Jacob Zuma's appearance.

The former president arrived in court shortly before 10am to fight for a permanent stay of prosecution.

He did not greet supporters in the gallery, which included his sons Duduzane and Edward, nephew Super as well as Meshack Radebe, Carl Niehaus, Des van Rooyen and BLF leader Andile Mngxitama.

Zuma walked briskly to take his seat at a table in the front row and did not immediately enter the dock.

His advocate Muzi Sikhakane is expected to deliver his opening statement in Zuma’s permanent stay of prosecution application in isiZulu.

Their case attempts to highlight the lies and abuse that Zuma claims to have suffered at the hands of the NPA.

Also present in the court is Billy Downer. Zuma has claimed that the prosecutor hates him and has been obsessed with convicting him, therefore making him a central figure in the corruption case over the past 15 years.

Earlier, outside court, Mngxitama told media that the case against Zuma was a "judicial lynching".