Driver hangs himself on tree after bus overturns, killing 9 people 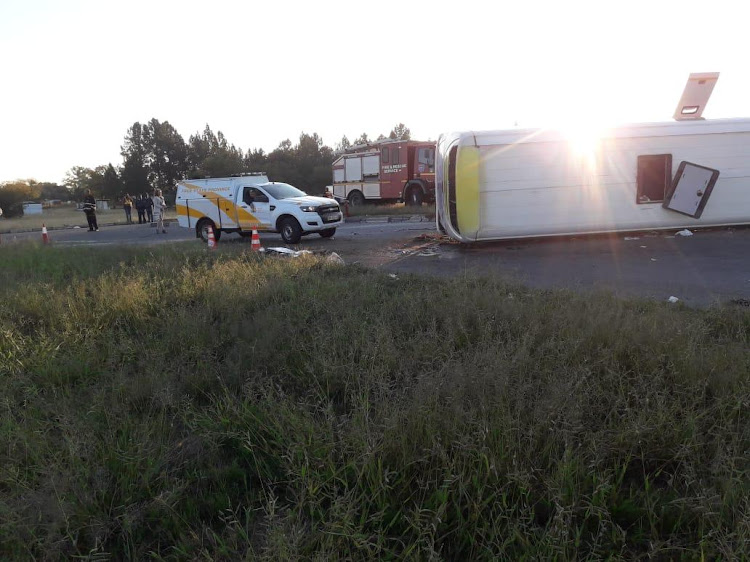 The scene where a bus driver committed suicide after nine of his passengers died
Image: supplied

A bus driver has hanged himself on a tree after his bus overturned and killed at least nine people on Alma Road in Welkom, Free State.

According to the Free State department of health spokesperson Mondli Mvambi, the male driver, aged 31, hanged himself  on a tree with a safety belt that he cut from the bus seats.

“The bus driver committed suicide after realising how badly the people were injured. We felt that he felt accountable for the deaths and decided to kill himself,” Mvambi said.

Mvambi said the driver became aware of the deaths of the passengers as medical services were talking with him. He then later walked off unnoticed to hang himself.

Mvambi also said passengers told the emergency services that the driver had the accident during an argument with a few passengers who felt that the route was wrong.

“They said the driver took the wrong route and during the argument the driver hit the pavement and the bus overturned,” he said.

Mvambi told Sowetan that the Intercape bus overturned at about 5am on Monday, claiming the lives of nine people and leaving 46 injured, with 11 of those in a critical condition.

“The bus was coming from Durban, stopping at Welkom, and proceeding to Bloemfontein,” he said.

Mvambi said seven of the nine were declared dead on the scene while the other two  died later in hospital. Three children were among the dead.

Two North West pupils died when a bus that was ferrying them to school fell off the road into an embankment on Tuesday around 7.30am
News
3 years ago
Next Article