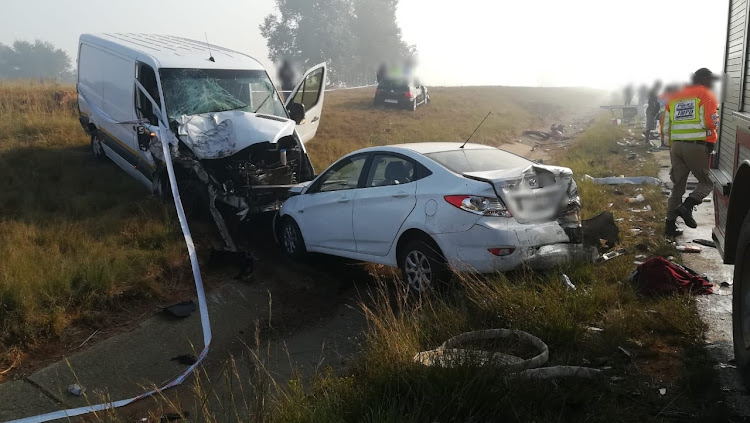 Four people have been killed and more than 20 others injured in an accident on the N1 near the Grasmere toll plaza on Sunday morning.
Image: Netcare 911

A multi-vehicle accident on the N1 near Grasmere Plaza has led to the death of four people and left more than 20 people injured.

Netcare 911 said it responded to reports of a serious collision - which it described as a "horror crash" - on the N1 towards Johannesburg between the Grasmere Toll Plaza and the N12 at 8.20am on Sunday.

“Reports from the scene indicate that multiple vehicles, including trucks, cars, mini-bus taxis, bakkies and a bus were involved in a collision,” Netcare 911 spokesperson Shawn Herbst said.

About 20 other patients, who had sustained injuries ranging from minor to moderate, were transported by various ambulance services to hospital for further treatment.

“Motorists on scene believe the collision might have occurred due to bad visibility from either smoke or mist,” Herbst said.