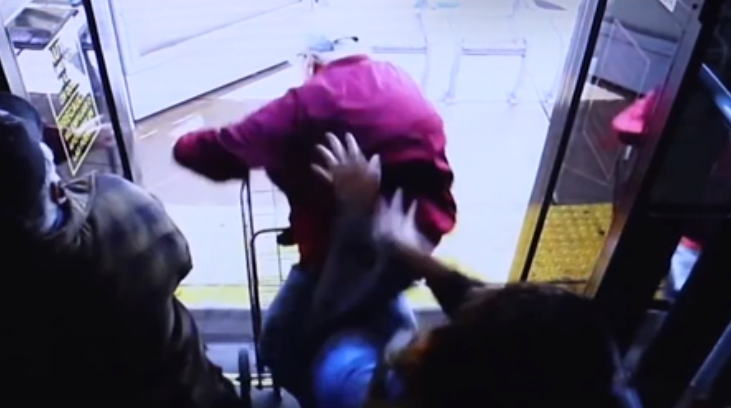 The moment a woman pushes an old man off a bus.
Image: Las Vegas Metropolitan Police Department via Twitter

A woman who pushed an old man off a bus after he told her to "be nicer" has been charged with his murder.

Cadesha Bishop is being held at the Clark County Detention Center on $100,000 bail, with a preliminary hearing scheduled for May 21, according to CNN.

DEADLY PUSH? A 74-year-old man who was pushed off a Las Vegas public bus -- allegedly by a 25-year-old woman he had told to "be nicer" -- has died from injuries he suffered when he hit the sidewalk, and the woman has been charged with his murder. The surveillance video helped police identify and arrest the suspect, authorities say. The Clark County Coroner’s Office ruled Fournier's death a homicide after an autopsy showed he died from complications related to blunt-force torso injuries.