Malema cherishes vote of confidence in the EFF

Following the party's good showing across all provinces in the country during the elections, EFF leader Julius Malema says the party’s strides show that South Africans have faith in his party.

Speaking to journalists at the party's headquarters in Braamfontein, Johannesburg, on Thursday, Malema elaborated  how the party  performed.

"When comparing the 2014 and 2019 general elections, the EFF recorded the most tremendous growth, meaning that more and more South Africans have confidence in the struggle for economic freedom," he said.

He also commended the people of KwaZulu-Natal for recording the highest number of votes during the elections. Following the party's "dismal" performance in the local government elections in 2016, Malema dissolved all EFF branches in KwaZulu-Natal and Eastern Cape for poor performance. 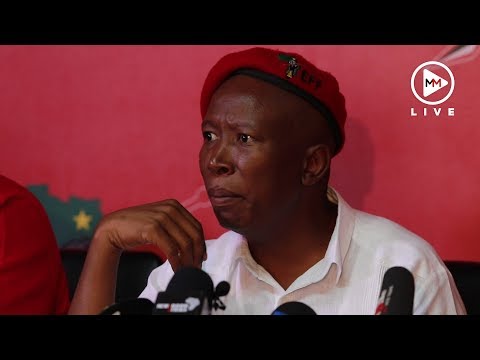 EFF MPs Marshall Dlamini and Mbuyiseni Ndlozi were deployed to KwaZulu-Natal in a bid to boost the party's efforts.

"We particularly welcome the fact that the EFF is now the official opposition in three provinces, and has shown tremendous growth in the province of KwaZulu-Natal," said Malema, who was flanked by the top leadership of the party.

"KZN is the cherry on top, we are more than happy with KZN. We actually surprised ourselves in KZN. We thank the leadership in KZN which did not refuse to be led, because in other provinces you get people who refuse to be led," said Malema.

Malema also attributed the growth of the party to relentless, militant and hardworking ground forces who responded to the call to speak to each and every voter.