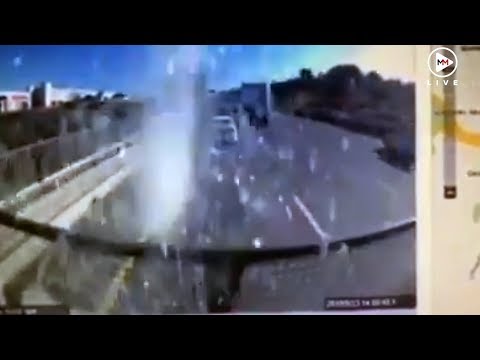 Police are investigating a case of malicious damage to property after a pedestrian threw a rock at a truck driving on the N3 highway in Durban.

The incident happened on Tuesday morning near the Pavilion shopping centre - just days after a brick was hurled through a truck windscreen in Pietermaritzburg.

"The victim was driving his truck on the N3 freeway offramp opposite The Pavilion shopping centre, when an unknown suspect appeared and threw a stone on to the truck," police spokesperson Col Thembeka Mbele said on Wednesday. The stone damaged the truck's roof.

In another incident in the province, SA Zero Waste driver Nkanyiso Cele was driving on the N3 near Pietermaritzburg on Saturday at 10.30pm when someone threw a brick from an overhead bridge through his windshield.

The brick hit his left arm, leaving him bloodied.

The brick damaged only the windscreen. Robertson said the company's trucks have been targeted before.